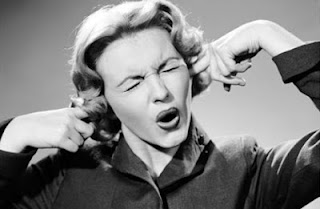 My daughter has achieved some great things in her 14 years on Planet Earth.

And then there’s her instinctive savviness with technology.

When I was told my daughter had Prader-Willi Syndrome and was likely to have learning difficulties, I never imagined I’d sit and watch her Googling for her favourite TV character on a laptop. Admittedly, compared to other 14-year-olds - who are speedily updating their relationship status and sharing the minutiae of their lives in a flash on Facebleughrk - her keyboard speed is slow. She’ll painstakingly type out the seach terms by copying the title from a DVD or magazine. But she does it. She bloody well does it.

Even more impressively, she can also work our AV system, which is no mean feat, as it consists of more amps, boxes, and remotes than the average Richer Sounds shop.

She asked me a year or so ago how to put on a track through our Sonos system, which accesses the millions of choons on the Spotify streaming service. And she’s pretty adept at it, now. Watching her type in this week’s favourite artist, or the latest NOW album, and studying her face screwing up with concentration as she chooses and controls her own music still gives me a thrill every time.

Well. I say every time. Not any more.

Her intermittent night-time wanderings have sometimes pushed me to the very limits of my patience and understanding. But now it’s gone too far. She’s crossed a line. This morning, at 4.40am, she padded downstairs, and started playing the Mamma Mia soundtrack.

Nowhere in the parenting manual, not even in the small print at the back, does it tell you how to cope with Pierce Brosnan caterwauling through the house in the early hours. Nowhere.


Video is The Phantom Band - The Howling. Well I'm NOT going to post Pierce. I'm suffering from PTYBD - Post Traumatic Yodelling Brosnan Disorder. It's hell. You don't know, you weren't there, man.
Posted by Drakeygirl at 12:11