The people who EAT themselves to DEATH!

It sounds like a low budget, barrel-scraping, horror film sequel, doesn’t it?

It isn’t, though. It’s a stock phrase I’ve seen used in headlines about Prader-Willi Syndrome more times than a PWS person has dreamt of hot dinners. Well, maybe not that often, but hyperbole never knowingly underused, and all that.

It’s probably heresy to admit it in the non-nuanced world of unwavering internet opinions, I have very mixed feelings about this phrase. Because it’s technically correct. People with Prader-Willi have a hunger that they cannot control. If allowed unrestricted access to food, then they could die, initially from a stomach rupture, or in the long-term because of the life-threatening levels of obesity and associated medical conditions that could follow.

After 15 years of living with a child with PWS, the phrase doesn’t stab at me like it used to. But I still yearn to be able to add my own sub-deck:

The people who EAT themselves to DEATH!
But of course, this is very unlikely, because a lot of help, support and expertise is out there to help families prevent this happening, and with a bit of luck and a lot of hard work it’s perfectly feasible for someone with this condition to live a long and even a happy life.

Not exactly snappy, is it?

Journalists have to boil complicated issues down. I geddit. I used to be one (local, not tabloid, I hasten to add, in an effort to emphasise that I have never rifled through a bin in my life, apart from that time I lost an earring, and anyway it was my bin). The focus on the ‘story’ of PWS for a tabloid will never be the families coping pretty well everyday with its challenges. It will always be the ‘volume turned up to 11’ end of the spectrum. And in some ways it should be. Awareness of the condition and the need to fundraise for research and support is never going to be improved by playing things down.

A friend forwarded me a link to this recent Daily Mail* story about a ridiculously cute little lad with PWS. (*Obligatory warning: It’s The Mail. Do not, under any circumstances, look at the comments). Yes, this article is what sparked my EAT themselves to DEATH ramblings. It’s sensationalised of course. Buried near the end is a quote from the boy’s mum: “Michelle, who works as a part-time nurse, added: 'With the continued research in genetics and PWS, we remain positive about the future and hope that our little boy will be able to lead a happy and healthy life.'” This was immediately followed by four bullet-point examples showing bizarre and frightening examples of the very worst aspects of the syndrome, which in juxtaposition was like having a hug and then being slapped.

Read it. See what you think. Perhaps I’m being a bit cynical, but it has just struck me that the boy’s unusual name (a sure-fire internet ‘hit’ generator) might have been a factor in the story being published.

I’m torn. If more people become familiar with the syndrome, then it’s a good thing. On the other hand, it’s a pretty bleak read for anyone with a newly-diagnosed PWS baby. And on the other...well I’ve run out of hands, but, I’ll carry on anyway...the photos show a cheeky chappy who looks like fun.


So here’s to Geezer (named, fantastically, after Black Sabbath bassist Geezer Butler). Life will not be easy for you. But that’s no reason why it can’t be good. 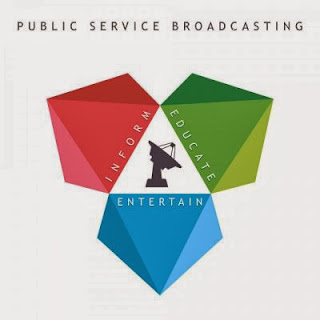 Sometimes my daughter proves to me she has more Random Access Memories than Daft Punk.

Today brought about another entry in the Stuff She Unexpectedly Remembers charts, just as I happened to be listening to a slice of magnificently nerdy, electronic music from a speccy, history-obsessed duo called Public Service Broadcasting. Thanks to some military-style planning on the babysitting front, me and my husband and my brother and his wife had actually been to see this band play live last night.

“Were Public Sir House good, Mum? What do they sound like?” my daughter asked me, after school.

I thought for a moment about how best to describe them. They mix up electronic beats and synth loops with guitar riffs, which underscore fascinating audio clips from old films, news broadcasts, propaganda, and public information films. Some of audio samples come with grainy, flickering visuals, which in the live show are beamed onto projector screens and small towers of valve-powered retro televisions. Now, I understand this sounds a bit odd, but it’s jolly well very entertaining.

I looked at my girl’s expectant face, and decided to let her hear for herself, rather than listen to a rambling load of old guff from me. “Public Service Broadcasting, sweetheart. They sound like this...”

She listened intently. “I like it! This is good. What’s it called?” I told her the track I’d chosen was “If War Should Come”. Ignoring her little brother, who was jumping up and down and shouting that he wanted to change its name to 'Alex' (!), she listened to the rest of the song, which comes complete with air raid instructions to “extinguish all lights” and ends with the sound of Neville Chamberlain, solemnly declaring “I have to tell you now, this country is at war.”

My daughter suddenly looked very excited. “THIS IS FROM THE OLDEN DAYS! THIS IS IN GOODNIGHT MR TOM! WHEN THEY’RE ALL LISTENING IN THE CHURCH!”

I was flabbergasted she’d recognised that the voice clip was the same one used in one of 'her' films.

Video is: Public Service Broadcasting - If War Should Come
Posted by Drakeygirl at 22:02 2 comments: 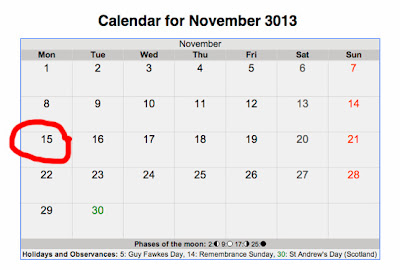 Bear with me, and I’ll explain. Prader-Willi Syndrome is caused by a spontaneous alteration on chromosome 15. A little missing stripe. If you want to get all technical about it, geneticists label this region 15q11-q13. There are also two other chromosome disorders which have the same genetic alteration (Angelman's Syndrome and Dup15q) and which share some, but not all of the characteristics of Prader-Willi.*

Because this 15q11-q13 number resembles the date 15/11/13, which of course only rolls around once a century, the International Prader-Willi Syndrome Organisation and other people and groups involved with PWS used it to try to further awareness of the syndrome. Fundraising events were organised; blog posts posted; T-shirts printed; conversations started.

Today, of course, is the 16th. So I managed to mark the significant date of 15/11/13, which, if you recall, only comes around every 100 years, by remembering it 24 hours too late. I blame my poor organisational skills, which don’t have anything to do with any missing stripes on particular chromosomes, and are entirely due to me being a numpty.


See you back here next century then? Stick it in your diary - but good luck with scrolling through your smartphone’s calender to get to 3013...

*Click here to go to the IPWSO website page featuring a very clear diagram explaining the connections between the three 'chromosome 15 deletion' disorders.

Song is Blur - End Of A Century
Posted by Drakeygirl at 18:19 No comments: 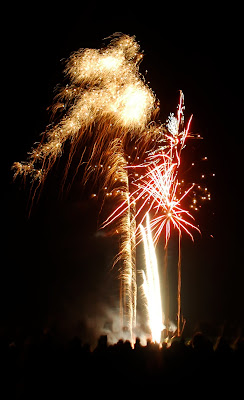 Posted by Drakeygirl at 21:00 No comments: