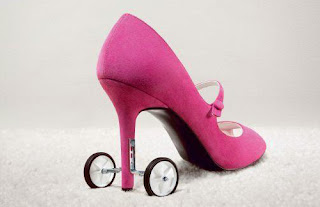 We’d had bent spokes before, and the odd puncture, but nothing like this.

She started suffering bouts of destabilising sleeplessness. In the worst throes of it, she span out of control, with jittery and agitated long nights of freewheeling, followed by days where pedalling was too much effort.

The medical investigations started. An MRI ruled out anything like swelling on the brain. An EEG, the results of which took an age to turn up, has finally confirmed that she isn’t suffering seizures.

In the meantime, a neuro-psychiatrist diagnosed the problem as a mood disorder on the spectrum of bi-polar. Lamotrigine, a mood-stabiliser, was prescribed.

Now, two months later, the bike is back on track. It still won’t travel in a straight line, but then it never did. Its rider is happy again. Fitting the stabilisers has brought our daughter back to us: with all her funny little ways, her shy smiles, her meandering chats and occasionally clunky gear changes.

She’ll never pass the drugs tests for the Tour de France, though.