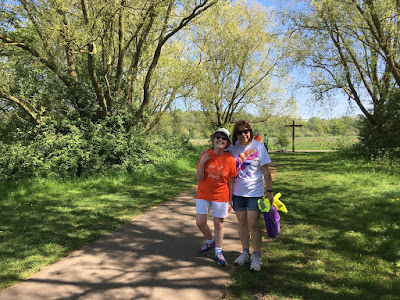 I’ve got a slightly burnt nose, and a warm glow that’s got nothing to do with today’s sunshine.

My girl is tucked up in bed, fast asleep. She took part in WalkOver PWS (a sponsored walk for the Prader-Willi Syndrome Association UK), and by early evening was puffed. Puffed up with pride, and puffed out with effort.

Walking 4km on a hot day isn’t easy when you have hypotonia (weak muscle tone). It isn’t easy when things don't go exactly to plan (like when your PWBFF [Prader-Willi Syndrome Best Friend Forever] gets stuck in traffic and doesn’t arrive in time to walk with you).

But when you have PWS, you’re stubborn. And if you’ve set your mind to doing something, you’ll damn well do it. 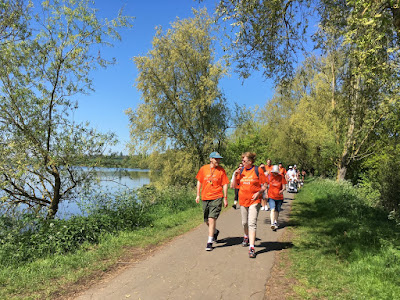 More than 100 walkers tackled the lakeside yomp around Nene Valley Park today. Many of them were older people with PWS, attending with carers and managers from residential homes.

They ambled, marched, sauntered, and strode, they stopped for a chat, they held hands, they giggled, they sweated, and some of them even went round twice.

Two PWS walkers, one aged 10 and one aged 22, were holding hands tightly, and beaming at eachother.
I asked them how long they’d been friends.

“It’s nice to meet other people with Prader-Willi, isn’t it? Because other people don’t always get it, do they...” I said. 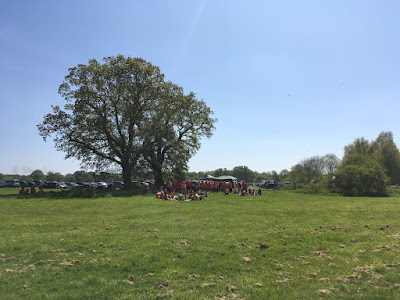 But today was all about getting it. A bunch of people with common goals: raising money and awareness for a charity close to their hearts, and getting together for a shared day of fun and sunshine, and telling a few inquisitive passers-by a bit about this odd little syndrome and the massive effect it has on people’s lives. 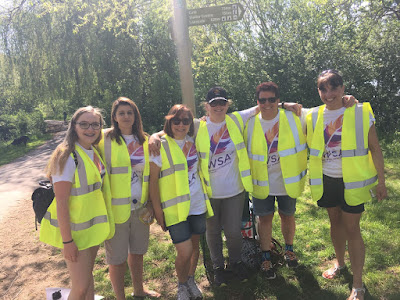 I was super proud of my girl. And super proud of a bunch of my rugby teammates who answered the call to give up the best part of their Bank Holiday Sunday and help marshal the walk (including one who accompanied my daughter on her march round). 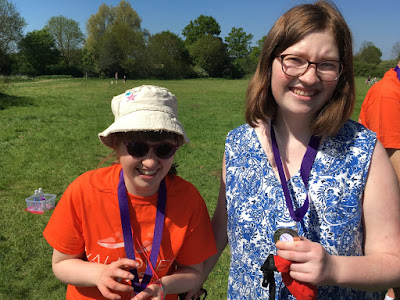 At the end, we sprawled out in the sun to tuck into our healthy packed lunches, and were, I thought, being fairly discreet about having a sneaky prosecco, until PWSBFF (who had finally arrived and had just completed a late lap of the lake), loudly announced: “My daddy would like some of that,” and just in case anyone hadn’t heard, clarifying with: “They’ve got ALCOHOL.”

Old friends were reunited. New friendships were forged. Dogs were petted. Smoothies were slurped. Hugs were given. Giggles were shared. And obsessions (Coronation Street, books and bus travel in my daughter’s case) were discussed.

Life is full of difficult days. But a good one is always around the corner. And when you get one as good as this, the clear blue skies seem endless.

Song is Justin Timberlake - Can't Stop The Feeling
Posted by Drakeygirl at 22:09