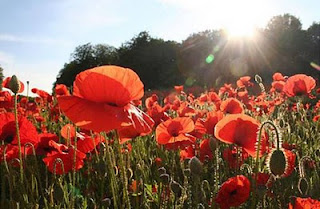 At first, it’s hard to accept that your daughter could be bullying someone. But she was.


It was her best friend who was the victim. What’s worse, I let it happen. In fact, I think I even encouraged it.


Her name was Poppy. She was a bit younger, and was a slightly unfortunate little girl.


My daughter took her under her wing, invited her home for tea, and gradually, subtly, and expertly, made her life miserable.


When my daughter got off the school bus and told me about her day at school, she’d make a great effort to inform me how Poppy was ever-so-slightly worse than her at everything: PE, Art, Maths, English - the lot.


She often invited the hapless Poppy home for tea, and for sleepovers.


On the day my little girl had gone up a reading level at school, she’d look at her pal and shake her head, looking sympathetic. “What’s that Poppy? You’re still only on Level Two?”.


If they played Top Trumps or Uno, my little angel would cruelly point out: “You haven’t won one game yet, have you, Poppy?”


I did sometimes feel a twinge of pity for Poppy. But I still let my girl lord it over her whenever she wanted to.


Want to know why?


Poppy was my daughter’s imaginary friend.


It didn’t take a genius to work out that my daughter was using her as a kind of mental punch-bag. Poppy was a construct for a little girl who was struggling to keep up with her peers at mainstream school, and whose self-confidence was dipping.


Poppy’s not around now. A new friend called Freya surfaces now and again, who seems to have a bit more gumption than her predecessor and will chat and even argue back with my daughter when she’s wrestling with some little worry or problem, or needs a bit of moral support.


As she makes her way through life, I look forward to meeting more of my daughter’s special friends. The fact that a girl with Prader-Willi Syndrome - which usually involves a very rigid, black-and-white way of looking at the world - has managed to conjure them up from her imagination, to make herself feel better, is quite an achievement.


Video is Lloyd Cole & The Commotions - Brand New Friend
Posted by Drakeygirl at 07:48