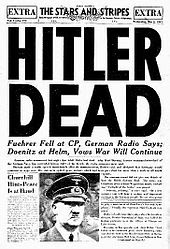 Two hours sleep is not enough to survive on. It makes you slightly unhinged. Margaret Thatcher managed on four, and to be honest that explains a lot.

Last night we had meltdown. I’m still trying to get to the bottom of why it happened, but so far I’m stumped. 120 minutes kip is not sufficient to keep the brain cells whirring fast enough to do the necessary sleuthing. I’m chalking it up to ‘just one of those days’.

My daughter had had a twitchy evening, asking random questions, repeating herself, and nervously sticking her fingers in her mouth.

The volume got louder, the questions more off-kilter.

“Am I going to shrink. Shrink. SHRINK?” was the starter for ten (explained by the fact that her prescription for growth hormone hadn’t been ready at the chemists, so she knew she’d miss her injection for one night).

Next minute, it was “Is Hitler alive? Hitler. Hitler. HITLER!” (this one made me laugh, I must admit. She’d been learning about World War II in her history lesson. Apparently at one stage, she thought he was in the school toilets).

This was a bright spot in a dark night.

From this point onwards, my usually compliant, polite daughter clambered into her stubborn shoes and wouldn’t take the cement bastards off.

Getting her to have a shower was a battle I wish I’d never started. Getting her to clean her teeth was another. Persuading her to stop cleaning them was another. She didn’t want to go to bed, she got up six times for a wee, she turned her light back on countless times, searching her room for books she couldn’t find, wandering down the stairs to put them in her school bag and take them out again. All the time, all requests were ignored or given some serious attitude. “NO. I WON’T. I’M JUST DOING THIS. No, no, NO. I will NOT.” Every time I told her off, she giggled to the point of hysterics. Threats to ban favourite toys, and subsequent confiscations, had no impact.

I tried ignoring her because surely she’d flag, but after hours more of footsteps, bangs and crashes from her room, more visits to the loo, her dad ominously putting a shelf-load of books in a black bin-bag, more loud backchat, and finally, the piéce de resistance - wetting the bed (quite deliberately) at 4am, I gave up. Nothing, and I mean nothing was going to stop her mini-rampage. So I left her to it, and snatched a couple of hours kip.

This morning, I was shattered. My daughter, of course, was bright and breezy.

She smiled up at me, bashfully. “I’m sorry, Mummy. I’m going to be really good today.”