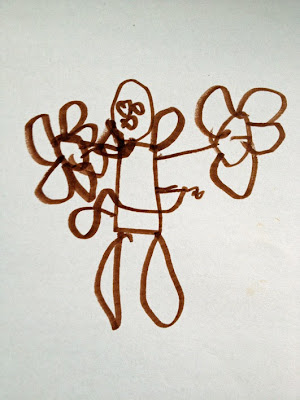 Today my daughter had a hospital appointment which required her to be tested whilst sleeping. In order for this to be able to happen, we had strict instructions about her bedtime last night: she wasn’t to have one. Yes, that’s right, our girl who has been having little batches of sleepless nights had to undergo a parentally-induced sleepless night. Well, not entirely sleepless - anything up to, but not more than, four hours of kip was allowed.

So Operation Up All Night was launched.

Small brother was dispatched to bed at about 8pm (although he seemed to be emulating the aim of the evening by taking forever to reach the land of nod). My daughter’s normal 7pm shower was delayed until 9pm, with a bracing hairwash added in for good measure. The standard hot chocolate was substituted with a fizzy drink (no sugar, of course), and the big old projector screen was rolled down for an All Night Film Night.

We kicked proceedings off with a long ’un - The Hobbit. It was long. Did I say it was long? Because it was. Long. Very long. It was more than an hour before they set off on their bloody adventures, for God’s sake. I wanted to grab hold of the beards of each of those indistinguishable overly-hirsute dwarves, spin them round, and launch them on their way,  but then I remembered that it wasn’t all about me, and that long was good, because we were trying to while away the hours and stave off sleep.

Next up on the film menu was Surf’s Up. Penguins and surfboards and...ye Gods! Shia LaBeouf! At least it was just his voice, which is admittedly not quite as annoying as the double whammy of his whiny voice and whiny face when they are employed together to ruin Indiana Jones (along with those stupid aliens and that ridiculous nuclear-proof fridge, but I digress).

By this time, my girl was flagging a little. I sent her dad off to bed, ready to pick up the early shift, and we got out the felt tips and did a bit of drawing. Above, is my daughter’s 1.30am picture of a penguin. Or a hobbit. Or a penguin/hobbit hybrid. I don't know much about art, but I know what I like.

Then it was back to another film. Her choice for the 2am-3am slot was The Sisterhood Of The Travelling Pants. I’m not sure what she was taking in by this point. I was ready to break, to be honest. Did they ever think to try this stuff on terrorists? Four Best Friends Forever discover the meaning of life, love and friendship through the medium of a pair of magic jeans? Five minutes of that, and Osama Bin Laden would have been sold down the river, I swear, without the need for any orange jumpsuits and wet towels.

By 3am, we were done. Done in. We hit the sack, stuck the coins in the maximum four hour sleep slot, and I sneaked in a little lie-in whilst my husband used Weetabix to lure a sleepy girl out of bed at 7am.

“Mum, I’m tired,” she told me, a little later in the morning, when we were popping to the shop to keep her up and alert (and buy some school uniform whilst we did so). “This is exactly how I feel after when I don’t sleep,” she explained. “I know,” I sympathised, thinking of the little zombie we have on our hands every few weeks, surprised at her sudden self-awareness, and smiling at the higgledy-piggledy construction of the phrase “after when I don’t sleep”.

And so we made it. With the car stereo blasting out loud (and discovering along the way that my four-year-old boy really likes The Dead Kennedys), we got to the hospital, made our way to the neurophysiology department, and sat in the waiting room, ready to be called in for the EEG test.

I think I'll tell you the rest of it tomorrow. My girl conked out an hour ago, and I think my conk is also outing...

Video is Daft Punk - Get Lucky. Well, we were up all night, nearly.
Posted by Drakeygirl at 19:25