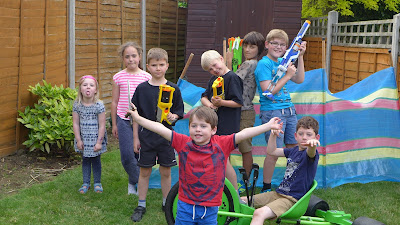 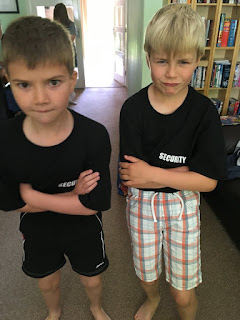 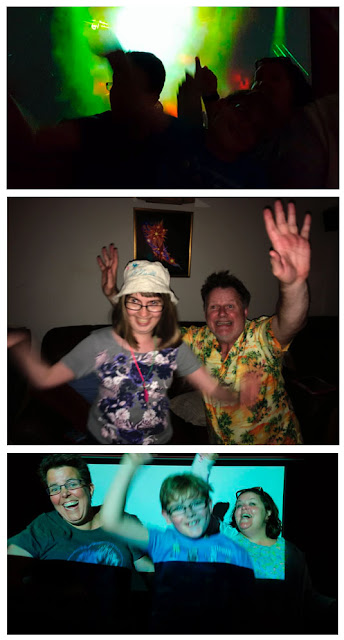 Posted by Drakeygirl at 15:07 No comments: 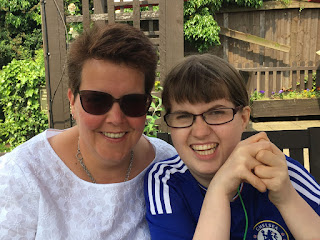 It’s two weeks on from my girl’s return from the hospital following her spinal operation.

Her meds have been reduced to just the odd paracetamol, although whenever anyone tells her that she’s recovering well, she looks a little perturbed, and insists, solemnly, that she is still  “a bit stiff and sore.” (Translation: “Don’t you effing well minimise what’s gone on, and don’t even think about sending me back to school yet”).

She was up and about pretty much as soon as we were home. She’s still using a hard-backed dining table chair with a pillow tucked behind her, rather than sitting on the squidgy sofa, but I think this is now more to do with it feeling like her own personal seat of special importance, rather than a question of comfort.

We’ve been out for coffee, and for a glass of her favourite spicy Big Tom tomato juice in the pub (see pub garden selfie above).

We’ve also visited the book shop and proved that the removal of the titanium rods from her back has made absolutely no difference whatsoever to her inability to BLOODY WELL CHOOSE SOMETHING BEFORE WE BOTH DIE OF OLD AGE.

Today we went to see the practice nurse at our GP’s surgery, who carefully peeled off the waterproof dressings that have been covering her 15 in long scar. The wound looked nice and clean.

She really could be back at school. But her surgeon told her she would need to recuperate for approximately four weeks following the op. Approximation is an unacceptable construct for my PWS girl. So the four weeks is set, the date is fixed more solidly than any metal rod ever was, and I for one am not going to mess with it.

I was thinking today what were the things my daughter has found the most difficult to deal with over the past few weeks. Was it the pain? The anaesthetic? The scariness of having a big operation? The change in routine? The hospital environment? Nope. There have been two things, two huge things that have really bothered her, and left her in a desolate, weeping state.

The first was a poorly constructed sentence in an Eastenders listing in TV Choice magazine. Yep. (“Mum, it says ‘Ian Beale takes Bobby to the police station to see if he will be charged or not’. But Ian didn’t do it! Why will he be charged? WILL HE GO TO PRISON?”) The solution, eventually, was me taking a biro and changing the listing to read: ‘to see if Bobby will be charged or not’. Believe me, if I’d have thought of this several hours earlier, we would all have been much happier.

The second massive meltdown came today, and involved a malfunction of the BBC app which is designed to allow viewers of the Horrible Histories quiz show Gory Games to play along and answer the questions on their tablet as they watch the show. It glitched, and crashed. And my girl glitched and crashed in turn.

It all got a bit fraught. But as I’m typing this, in the aftermath of fraughtness, I can look at it objectively, and say that this was a good thing. In my girl’s PWS world, getting randomly fraught over inconsequential things is perfectly, naturally normal. Two weeks on from a major op, I’ll take perfectly, fraughtly, naturally normal.

Song is The Soundcarriers - This Is Normal 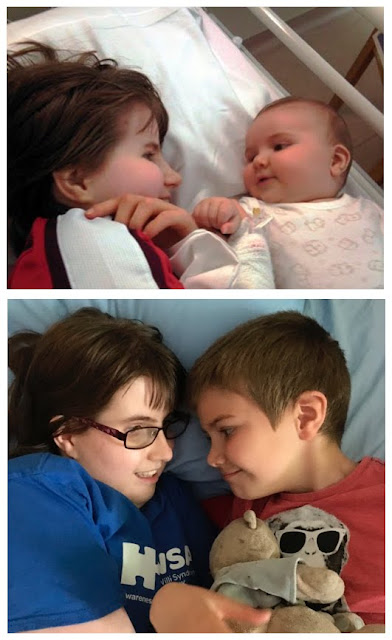 “Just like my estimate, Mummy,” she told me pointedly, as she walked from the car to our front door.

She’s got a bag full of paracetamol, ibuprofen, some slightly stronger painkillers, and a selection of sachets and tablets with...er...‘moving’ qualities. (Poowatch Update: she’s been discharged without the Significant Event actually happening yet.  We are ready and waiting for the bomb to drop. I’m whistling the Dambusters theme).

I had a Facebook Memory thing come up the other day. You know, where a blast from the past from a certain number of years ago pops up in your timeline and you can re-share it. (I like to call these pics ‘Inexorable March Of Time Photos Showing You How Fast Your Life Is Flashing Past And How Much Closer You Are To Death’, but yes, let’s go with Facebook Memories).

It was a picture of my daughter in her hospital bed seven years ago, a few days after surgeons had bolted titanium rods to her spine. Lying next to her is her little brother.

I looked at her today, when she had a little rest on her bed to recover from the car journey. And had an idea, calling her not so-little-any-more brother over to carefully climb onto her bed, to 're-enact' that original post-operation pic.

1) She's even braver and more determined than she was then
2) He's no longer off the scale on the chubby cheekometer
3) She did it. She endured. And came out smiling. Again.


Song is Hannah Peel - You Call This Your Home
Posted by Drakeygirl at 14:38 4 comments: