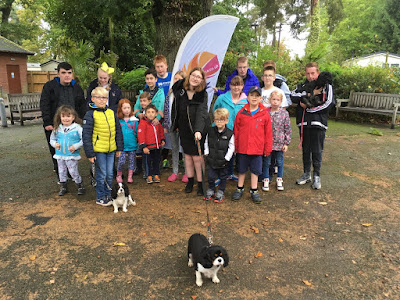 It’s our 22nd wedding anniversary and we’re ensconsed in Sandy Balls. (It’s the name of a holiday park, all right? Yes, I know it’s weird).

Other people go on romantic breaks to Venice, leaving teenage offspring at home. (I will admit this makes me jealous, but only until I think of returning to a house destroyed by drunken rampaging Facebook gatecrashers, then I’m not so bothered).

Other people get dressed up, go to posh restaurants, and swing naked from the chandelier above a king size bed in a swanky hotel.

Other people aren’t us, though. (And, frankly, I’m not sure the light fittings in the caravan would take it).

Instead, we’re here on a family weekend with the PWSA UK (Prader-Willi Syndrome Association UK). With a load of familes who might be ‘other’ people  elsewhere, but they’re ‘our’ people here. We all share one thing in common: a family member with PWS. 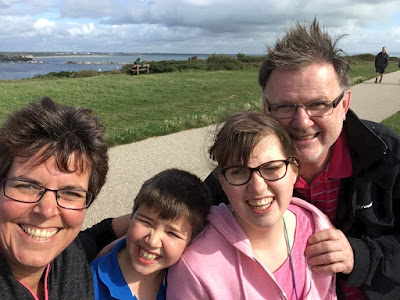 So far, there’s been arts and crafts, quizzes, some sneaky beers (for the parents, obviously), a trip to the beach, and we're just heading back to the holiday park for a healthy barbecue. There's been awkward, funny and loving little social interactions and shy smiles between the kids, who range in age from littl'uns to bigg'uns with fuzzy chins.

I lucked out. I found him when I was just 17. I was an idiot when I was 17, but somehow, amongst all the things I got wrong, I got him right.

I stood there, feeling a bit of a numpty in a dress (anyone who knows me knows about the dress/numpty correlation). I put my best foot forward (in white, 16-hole DM boots), and walked down the aisle towards him.

We promised some stuff. We danced to cheesy music at the reception. An extremely rude, battery-powered appendage belonging to Pete, the blow-up man from my hen night, reappeared (thanks, girls), was strung round my neck, and had to be quickly stuffed down my cleavage to be hidden from my nanna when she left. (Yes, yes it was a classy wedding).

We had to change bedrooms because my brother and uncle had removed every single item of furniture (including the bed, curtains and poles) and stuffed them in the bathroom.

We had a blast.

Life may not be as carefree as it was then. But we still try and set the blast charges as often as we can. (I’ve just realised, you might be thinking this is a euphemism for sex, but it isn’t, I just mean having fun. Although I might start using it in the rude sense, because it’s making me giggle).

In a complicated world, we’ve got a simple thing going on. He’s who I want, who I need, who I love. Then, still, and always.