She’s flying in the face of fashion now,
Seems to have a will of her own.

I’ve always liked Sir Julian Of Cope’s World Shut Your Mouth. It’s a meat and potatoes stomper, but a hell of a catchy one. I remember watching JC perform it on Top Of The Pops in the 80s, all dark sunglasses and gangly, leather-clad limbs, writhing around on his special step-on-and-off microphone stand like some kind of demented (and possibly constipated) bat.

It’s got a new life for me now, since it featured in the BBC drama The A-Word. The programme features a family with a young autistic boy, who is obsessed with his dad’s record collection, listening and singing along to a plethora of indie, rock, punk and new wave tracks.

It’s my daughter’s new favourite song from her new favourite show. She loves the drama because she’s fascinated with other people’s syndromes and disabilities, and because her syndrome shares some traits with autism (or ‘oysterism’ as she often pronounces it). And she loves the song because she thinks it’s a bit rude, what with the lyrics telling the world to shut its mouth. “He should say shush, shouldn’t he?” she asked me. And that's not easy to say - trust me, I tried it after a couple of gins.

She also told me: “I’m a bit like Joe in the A-Word, mum, because I can calm down if I’m worried by listening to music."

“I’m the same,” I admitted. Although I didn’t mention quite how much more calming I find the rather impressively curated ‘A-Word Playlist’ compared to the previous ninth circle of hell - her ‘Favourite Tracks’ selection, which included One Direction and The Macarena. No-one deserved that, least of all me.

She’s flying in the face of fashion now,
Seems to have a will of her own.

Keep on flying, my girl.


Video is Julian Cope - World Shut Your Mouth
Posted by Drakeygirl at 19:27 1 comment: 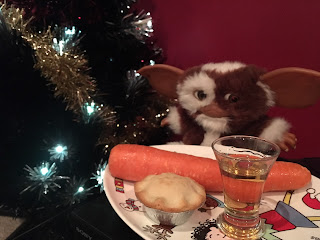 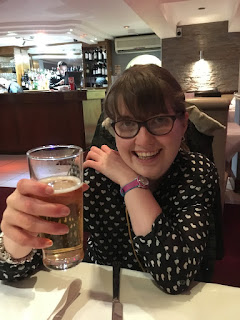 Song is Low - Some Hearts (At Christmas Time)
Posted by Drakeygirl at 00:36 1 comment: