We’re back home from our first ever Prader-Willi Syndrome Association (UK) Holiday weekend, and we are kernickity-knackered.

It was a certified hit with our daughter. So much so, she only allowed us to come home today as planned (as opposed to many of the families who were staying on for three nights, not two) after being assured by independent* arbitrators that she was in no way missing out on any activities or get-togethers tonight whatsoever. (*I say ‘independent’, when what I actually mean is people who were willing to tell a white lie when winked at meaningfully by me out of my girl’s sightline). 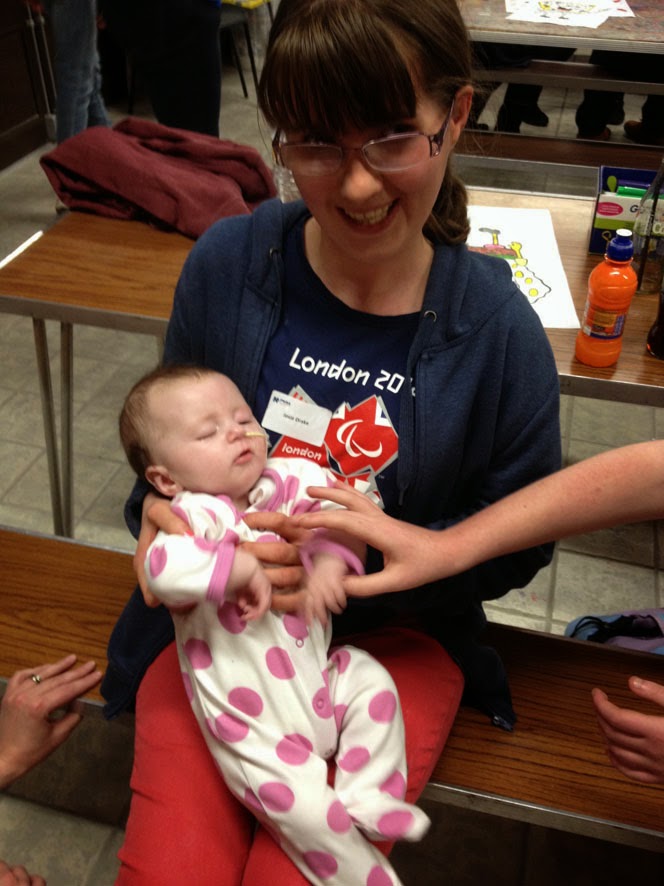 We got to cuddle some gorgeous PWS babies, brought along by some incredible mums braver than I ever was at that stage of my daughter’s life. I was too frightened and shell-shocked to throw myself into the PWS community that early - with hindsight, it would have done us the world of good. The cuddling gave me the chance to confirm my hypothesis that cradling a soft, beautiful, PWS baby is the most calmingly hypnotic experience you can have, and a surefire way to disappear time.

We played and chatted with some crawlers, shufflers, toddlers, tinkers, teenagers, mums and dads and nans and grandads and careworkers and friends. We coloured, we did some “wake and shake” exercises, we adventure-playgrounded, we wildlife-parked, we healthy-barbecued, we picnicked, we nature-trailed, we talked ourselves hoarse, and we snuck in a few cheeky wines. 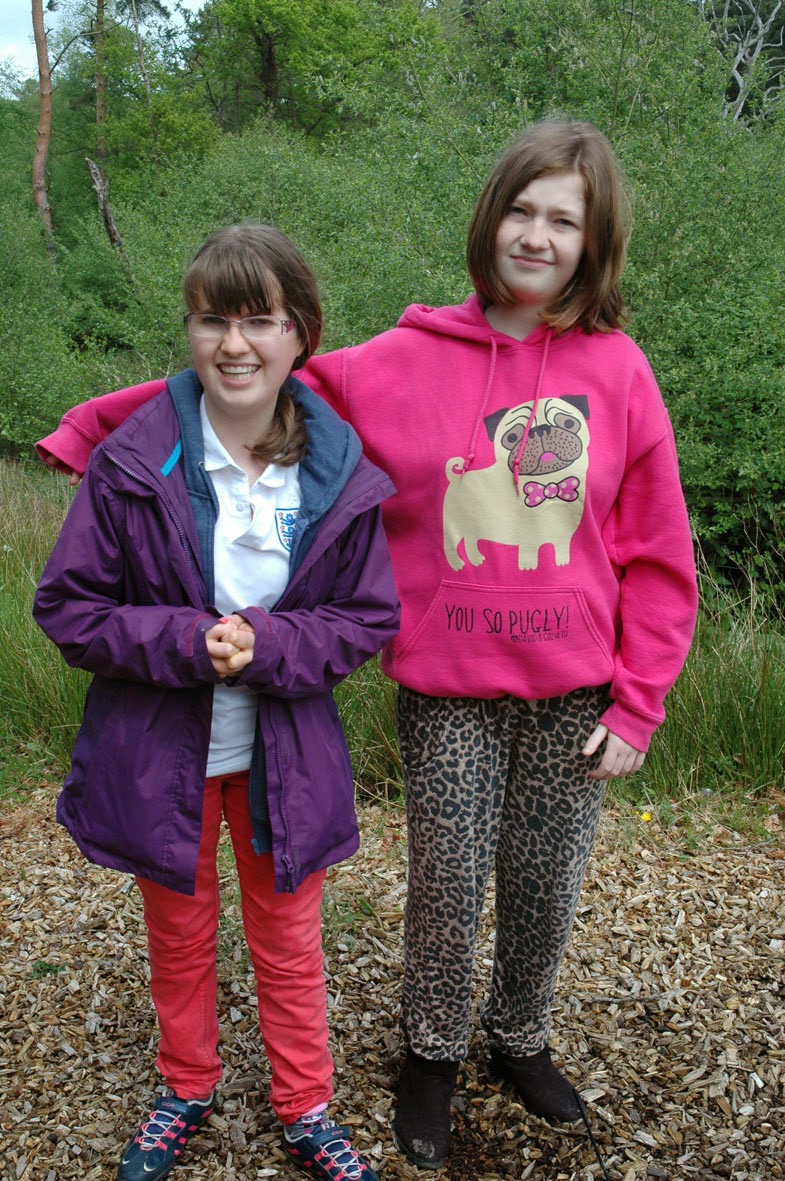 My girl gave two fellow teenage PWS girls the One Direction Instant Kudos Quiz: “Do you like them? Who’s your favourite?” Both came up with the compulsory correct answers: “Yes!" and "Harry!”. Eve, aged 13, turned out to be a real kindred spirit who lives only about an hour from us. Sunday walks are being arranged, and a half term sleepover is all but finalised.

My boy fell in man-love with the punk-loving brother of a PWS girl (whose fashion sense he is now desperate to copy). I told him he’s not getting his nose pierced, mainly because he is blinking well only five years old, but I did agree he could spend his saved pocket money on a Sid Vicious replica padlock neck chain like the one his new cool dude friend was wearing. This was a compromise I felt necessary to avoid Anarchy In Our Own Particular Part Of The UK.

Maggie and Erin, from the Prader-Willi Association, worked from morning until night, hosting, catering, introducing, chatting, smiling, and generally being superheroes. My daughter (with a little whispered prompting from me) stood up in front of everyone and thanked them both for all their help, hipp hipping some hoorays, and leading a round of applause.

Now, a few hours later, after a relatively painless journey home, which was only interrupted by a donkey jam on the winding New Forest roads (Eeyore really has no understanding of the Green Cross Code), I still feel like cheering.

My daughter felt part of something, not apart. She was like other people, not unlike them. She made new friends who shared something special with her: their Prader-Willi Syndrome. It doesn’t define them, but it does unite them. Forget Manchester City winning the Premiership - Prader-Willi United is top of the league. And it was this weekend’s away form that won it. 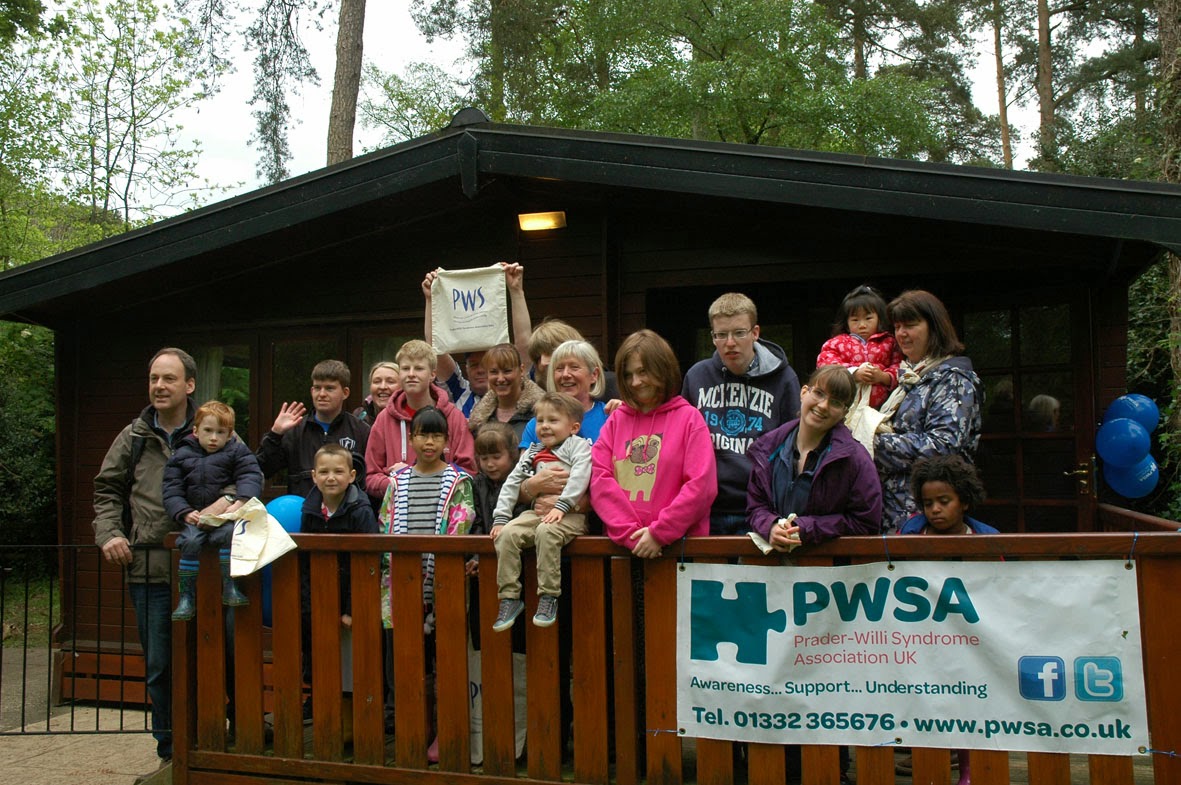