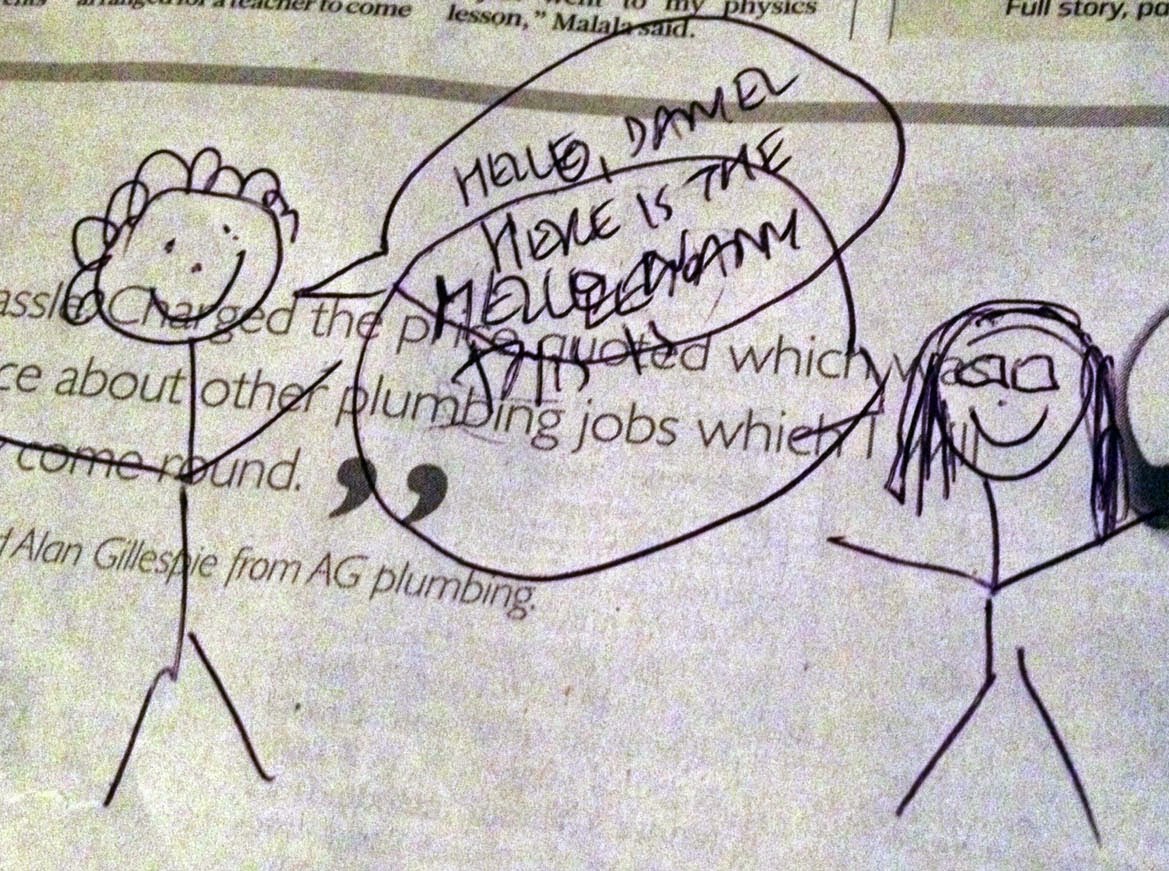 Oh, I thought I was the bees knees, today. I was quite insufferably smug. You’d have wanted to slap me. You will, I’m sure, be pleased to learn I got my comeuppance.

We were at Nanna & Grandad’s house. My daughter was very talkative, but tired from a long walk yesterday that had left her absolutely cream-crackered. The domino effect of which was a bout of loud, repetitive sentences from her today, and a steamroller approach to talking over everyone else.

Not for the first time, I posed myself the question: how can I get my girl to understand why it’s better not to interrupt other people?

And it was then I had a light bulb moment, or actually, an Alan Partridge moment, as the phrase “Ah-ha!” did pop into my brain. This was my chance. I was dying to put into practice something I’d learned this week - and here was my ideal opportunity.

I’ve been on a course, you see, on Communicating With A Child Who Has Social Communication Difficulties. It was part of a series of Parent Training sessions for people caring for children with an ASD (Autistic Spectrum Disorder). And this week’s module had included a section on Comic Strip Conversations. I thought these were very clever: in simple terms, you draw stick people, and use speech bubbles and thought bubbles, to help the person make sense of conversations and interactions.

Out came the biro, background smugness levels were engaged and set to overdrive, and in the white space on the bottom of the Sunday paper I scrawled my matchstick men masterpiece.

I followed all the rules: sit next to your child so you’re working together on understanding and making the drawing (rather than facing them, where you’re in a dictatorial position); make it personal and involve them in the details (“Should your hair be long? Shall I draw glasses on you?); and keep it simple.

I explained to my girl that she needed to wait until Nanny had finished talking before she started a new conversation. I used the picture to show what happened when she interrupted, and how all their words ‘bumped together’ so nobody could hear what anybody was saying.

She stared at the scrawled drawing intently, and looked at me closely. I shot my husband a knowing, raised eyebrow, mildly triumphant, ‘aren’t I brilliant’ kind of look. I’d done him an example comic strip conversation earlier in the week to show him what I’d learned on the course and explain the principles behind the idea. “It’s called Theory of Mind,” I’d lectured. “People with Prader-Willi and autism and other disorders can’t grasp the Theory of Mind - how other people might have beliefs, desires, intentions, etc that are different from theirs; how other people don’t see things in exactly the same way they do.”

My daughter raised an eyebrow of her own. “Why did you draw this picture, Mummy?” she asked, smiling slyly at her dad, having clocked my earlier looks to him. “Is it that course you went on where people draw things for their children? Why are you drawing them for me?” She giggled.

She hadn’t heard a word. She hadn’t been listening to my pleased-with-myself explanation of how interrupting someone makes it hard for everyone to be heard. She’d been completely, utterly, single-mindedly, focused on my motives.

Which kind of punctured the Theory of Mind theory. She struggles with putting herself in someone else’s shoes so often. Just not today, when I decided to show off my shiny, new, technique.
__

Oh, I probably should point this out: the top drawing was the one I did for my daughter. The one at the top of the page. 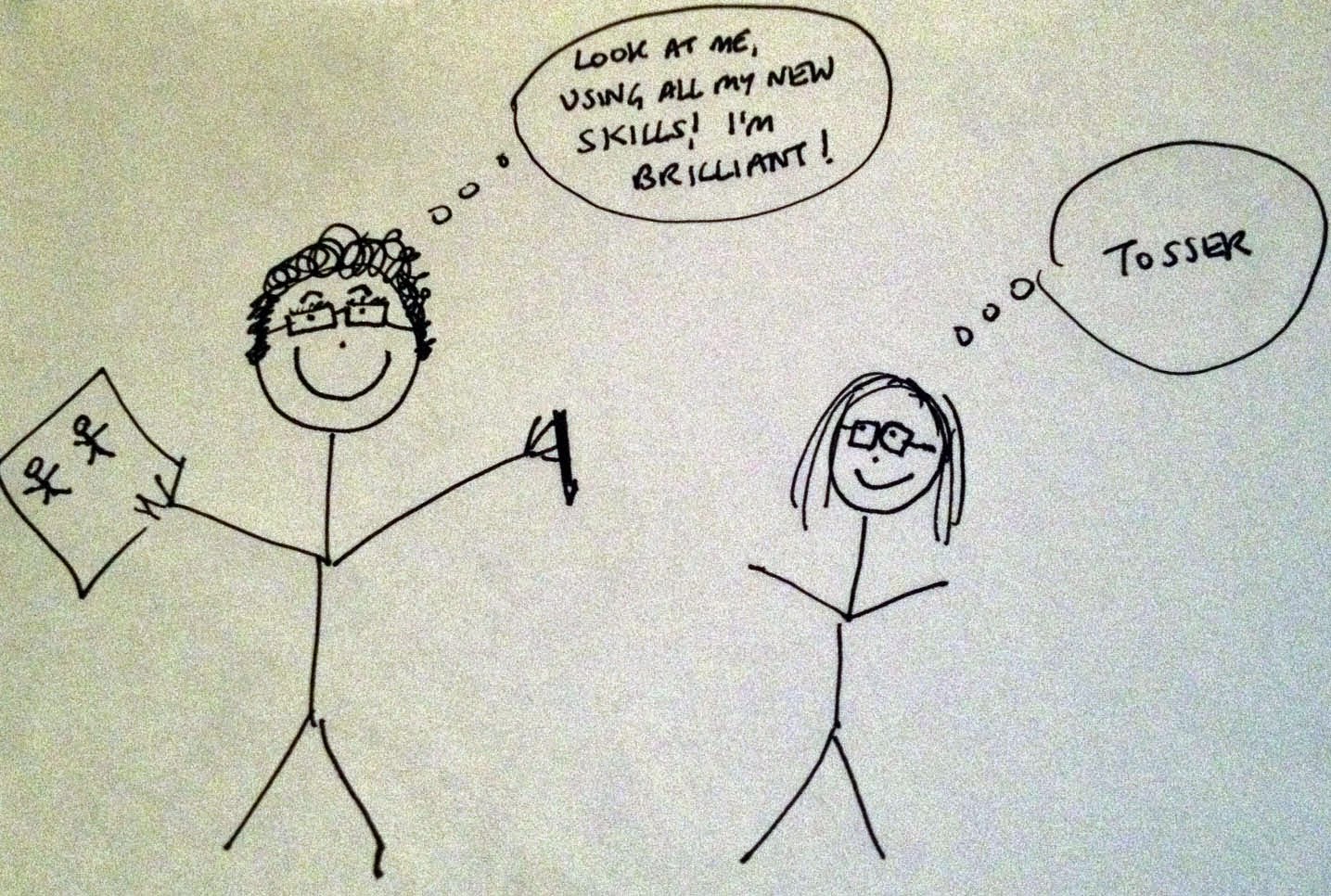 Song is Sir Lord Comic - Wha'ppen. Everything is copacetic, man.