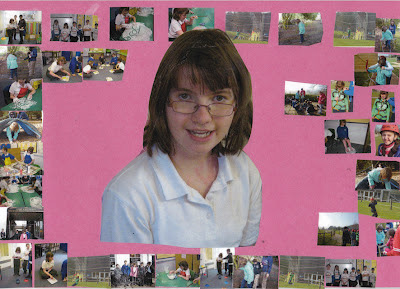 It's the last day of the school year.

It’s been a good one for my daughter.

She’s grown up a lot. She’s coped with being in a class of boys and learned to stand up for herself. She’s marched into the classroom and announced that her “spoilt brat” of a brother kept her awake until 9.49pm playing with his toy bin lorry. As her teacher relayed this little speech to me, it was the precise time that made us both giggle the most. She’s managed a few jogs along the PE track, despite announcing she doesn’t “do” running. She’s been away on a PGL holiday and enjoyed it so much she didn’t want to come back. She's been on stage as Cinderella. She’s made a friend. She’s never, not once, said she didn’t want to go to school.

We’ve just got a neat pile of new uniform for the autumn, when she’ll be heading to her special school’s satellite class at the nearby mainstream comp. She can’t wait.

All this may sound mundane, but it isn’t to me. I remember when she was diagnosed with Prader-Willi Syndrome as a baby and her muscles were so weak it seemed like she'd never walk, or talk, or have any kind of proper life. I look at her shyly twirling around in her new PE kit and I think how far she’s come, and it amazes me. I've seen it happen, but it still amazes me.

She’s already badgering me about buying her a new schoolbag and packed lunch box for September. I refuse to take for granted the everyday, humdrum stuff like this. This is what life is. What I once thought it couldn't be. It's glorious. 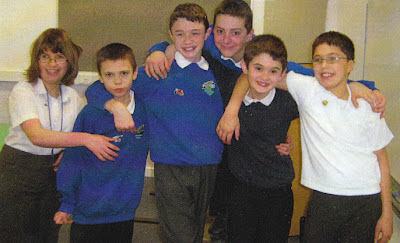 Video is Sigur Rós - Hoppípolla. I have no idea whether the lyrics are appropriate or not. It just feels good.