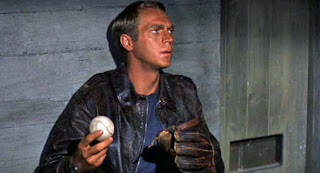 I’ve been carrying something heavy around with me. It’s an unwieldy backpack stuffed with worry. I hooked it over my shoulders at the beginning of the year, and it’s been digging in to me ever since.

At first it was hugely awkward and I was constantly aware of it. But over time, I got used to it - and I didn’t realise how much it was still weighing me down until today, when a complete stranger helped me meticulously sort through its contents and find somewhere else to put them for a while. Damn, it’s good to take a deep breath, stretch out, pull my shoulders back, and stand tall.

I’ve written extensively on this blog about my daughter’s unusual sleep patterns and uncharacteristic behaviours that have been buffeting all our lives in tempestuous cycles in recent months. We’ve had medical tests which have so far revealed no obvious physical cause. We’ve a paediatric referral, which failed to reassure me in any way, and we’ve been lost - for some considerable time - in the error-strewn circle of hell known as NHS admin.

But today, we saw a psychiatrist for the first time. He was a hugely experienced, gentle, gentlemanly man, and I spent three hours encased in a room talking to him on the hottest day of the year.  He met my daughter, or rather the spaced-out version of my daughter that appears after a sleepless night, which was probably rather fortuitous timing. He took an exhaustive and exhausting medical history that taxed my memory and stamina. When he told me he was keen to discuss my girl's case with a long-standing friend and colleague who just happens to be one of the most foremost experts on Prader-Willi Syndrome in the UK, and whom I’d watched make a presentation at yesterday’s International PWS Organisation Conference, the relief flooded through me.

We were in the right place, seeing the right person. This occurs less frequently than you think, and oh, how fine it feels when it happens.

There’s a long way to go. The phrase ‘mood disorder’ has been mentioned for the first time. This is in no way a diagnosis, and there is still more medical evidence to gather and examine, but it’s being looked at. A plan will be made, with input from good, knowledgable, experienced people. Something practical is happening. We have momentum.
_____

Oh, and dear God, I almost forgot, which would have been unforgiveable. Thanks, Mum, for sitting in that tiny, sweltering waiting room all afternoon. Steve McQueen had a baseball to keep him occupied in The Cooler, and that cissy had it easy - you had to sit in the sweatbox with my PWS daughter (at various points), and my ants-in-his-pants son (at all points and beyond). You know, I really wouldn’t have blamed you if you’d revved off and tried to leap the fence on your Triumph motorbike. Well, Raleigh Shopper, maybe.