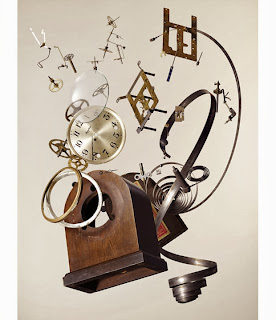 Winding back the clocks unsettles my daughter. She can’t move the little hands round in her brain and click the concept into place.

It didn’t help that I used the phrase: “We’ve lost an hour.” The response of: “But where’s it GONE?” was, of course, inevitable.

It’s a difficult enough concept, anyway. Add in the rigid mealtimes required in a semi-militarised Prader-Willi Syndrome household, and it’s a ticking time bomb of confusion.

Luckily, she was tired this morning and had slept in a little, so it was relatively easy to stagger the breakfast/dinner/tea times to fit into an artificial approximation of her usual pattern.

And, thankfully, at the moment, timings don’t have to be quite as exact as they were when our daughter was little. In previous years, when she’s been up with the lark and feeling particularly hungry, we have been known to refer to the clocks going back to something called ‘Greenwich Really Mean Time’).

Our girl understands more now, can be reasoned with to a certain degree, and is more capable of making choices. She’s willing to have her dinner or tea an hour or so later than normal if she knows she’ll be eating out somewhere as a treat with family or friends. Counter-intuitively, despite her fierce hunger, she sometimes gets even more agitated if mealtimes are brought forward, but if it’s for a particular reason that you explain clearly and give her enough advance warning about, she will accept it. Changes to the food timetable in whatever form they take aren’t something you can just spring on her: they have to be carried out in accordance with the detailed blueprints.  And, just like on Grand Designs, you should really try to stick to the architect’s drawings wherever possible, otherwise the ceiling will fall in.

So we had a morning of discussions about time, hours, time going backwards and forwards, how clocks change, why some change by themselves, why I’d forgotten to change the kitchen clock, why her watch was wrong, why her snack time was 10 o’clock but not really 10 o’clock, what time it was now, what time it would have been, and when will it be dinner time.

The clocks weren’t the only tightly wound-up things in our house today.

Video is Cher - If I Could Turn Back Time. Just because I turned back time today, and it gave me an urge to wear fishnets and straddle cannons.