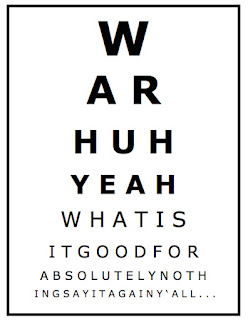 We are in the midst of a war.


It’s a war that takes many forms. A conflict that consists of many different kinds of battle styles. A fundamental disagreement that starkly divides allies.


Tensions are running high. There have been casualties. Small animals have been wounded. Running repairs have had to be made on field vehicles.


Today, the fighting took the form of a sneak attack.


My son, a three-year-old terrorist, crept under the radar and stationed himself in his sister’s room.


He was kitted out, as usual, in his Spiderman top. He was wearing this when he had 30 people in fits of laughter at the fracture clinic the other day, when - ignoring his broken toe - he clambered over chairs and mimed shooting his ‘webs’ at other patients, making a whooshing noise to accompany each of the wrist-flicks. This was until his final flourish, where he made no sound, looked genuinely astonished, and announced: “I’m out of web!”


Spidey had sneaked into his sister’s room and had emptied her box of Animal Hospital toys. He’d got his hands on the plane, helicopter, and assorted animals that needed medical help. And, as usual, when he couldn’t open a little door, or squeeze the little vet into the cockpit, he gave it a thwack on the floor to help the process along.


My daughter, sitting reading downstairs with me, gave me a horrified look.


“He’s in my ROOM! He’s going to break my ANIMAL HOSPITAL stuff, Mum!”


Having a 13-year-old girl who still plays with toys that appeal to much younger children can be awkward when your small son makes it his early life ambition to get his hands on ’em. And from the sounds coming from upstairs, he had definitely got hold of the forbidden treasure.


The emergency mother and daughter SWAT team leapt into action.


Post traumatic stress disorder prevents me from revealing too much about what ensued.


Suffice to say, the toys were recovered. It looked for a moment that we might lose a koala bear, which suffered a tremendous fall down the stairs. And there was one other temporary casualty - my daughter’s specs. They were damaged in the rescue mission. Luckily, a military optician was later able to save them in a delicate procedure involving targeted bending.


Hostilities have since ceased. All is quiet so far today. Too quiet, dammit.


Is Half Term over yet?

Video is Edwin Starr - War
Posted by Drakeygirl at 08:23