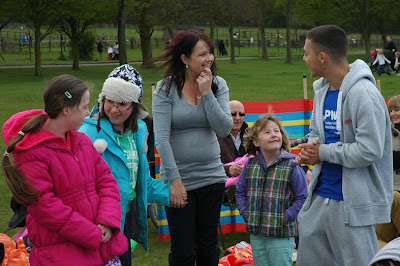 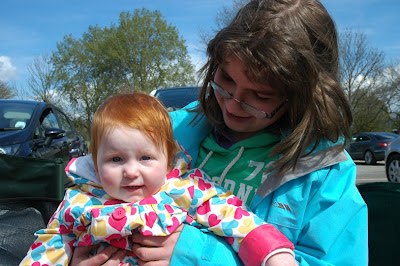 A bunch of strangers met in a park today and had a picnic.

It was a small, informal get-together at Hainault Forest Country Park, near Chigwell, organised by PWSA (The Prader-Willi Syndrome Association UK).

Our children played together, had a sing-song, did the hokey-cokey, and had their faces painted. Blow up guitars were strummed. Sparkly microphones were mimed into. Grins were grinned.

My daughter joined in the fun, her initial shyness melting into enthusiasm, as she managed to put me to shame with her firm grasp of the lyrics of “This old man, he played one...”

She had been looking forward to this for weeks, and it wasn’t long before she was asking any child that stepped within a five yard radius of her: a) whether they had PWS and b) how old they were.

My girl was fascinated to see that some children were: taller/shorter; slimmer/chubbier; chattier/quieter; friendlier/shyer than her. Some were in wheelchairs, some were skipping around. It was the first time she’d seen as many people with PWS in one place (I think, if I counted right, there were eight). They were, of course, as different as they were alike.

She's all tucked up in bed now: her face-paint washed off and the excitement over. In the brief few seconds between my shattered girl's head hitting the pillow and her being out for the count, I asked her what the best bit of the day had been. She told me, of course, that it was the picnic. (Food comes first - it always will). But then she said her "equal" best bit was having a big cuddle with a baby girl with Prader-Willi who kept smiling at her (see the picture above).

I think my daughter found the whole day kind of amazing.


Video is Sam & Dave - I Thank You, dedicated to Patsy Counsell and all the other lovely people who organised today's event.