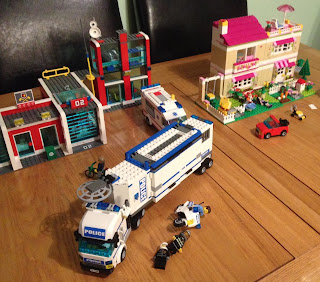 Sometimes you have to get things in perspective.

Yesterday mine was skewed. Worse than Dougal’s misinterpretation of small cows and far away cows in Father Ted.

Let me get my defence in first. I was brewing my patented New Year (Stinker Of A) Cold™ and my head felt like someone had locked me in an echo chamber with bin-bothering gitdancers Stomp.

Of course, this was a day my daughter was 'on one'. One of her repitition cycles. Not just a cycle, a sodding great perseveration Penny Farthing, its spokes made out initially of teeth:

I stopped counting at the 57th repeat, and believe me that was much nearer the start of it than the end of it.

She can’t help sometimes getting stuck in a loop of repetition - because of her syndrome. It’s a common trait in people with Prader-Willi. It’s not her fault. But I still lost it. I shouted at the top of my croaky voice at her, the thin strands of my patience snapping and pinging in all directions as I got irrationally angry. A completely pointless rant that left both me and her upset.

Today I felt terrible about it.

So much so that I dug out every Lego set we own (including a fire station, jeep, ambulance, and police truck) to construct and add to the Lego Friends house that had caused such uproar yesterday. With music blaring out, I sat with my daughter, and we built this city on rock and roll, repeats and all.

Video is Starship - We Built This City. I can only apologise.
Posted by Drakeygirl at 21:58