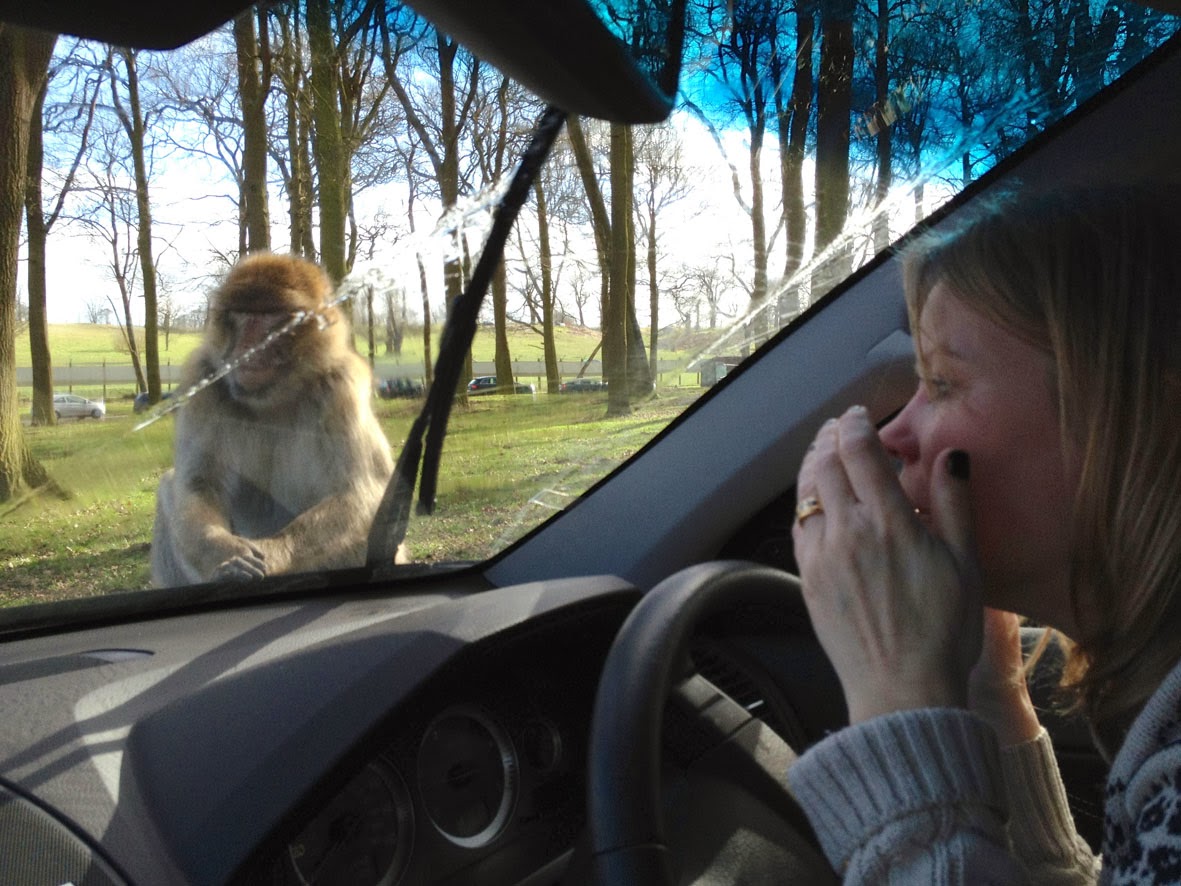 “Whatever you do, don’t turn on your windscreen wipers. He’ll snap them off if he sees them move,” I warned my friend Jo. 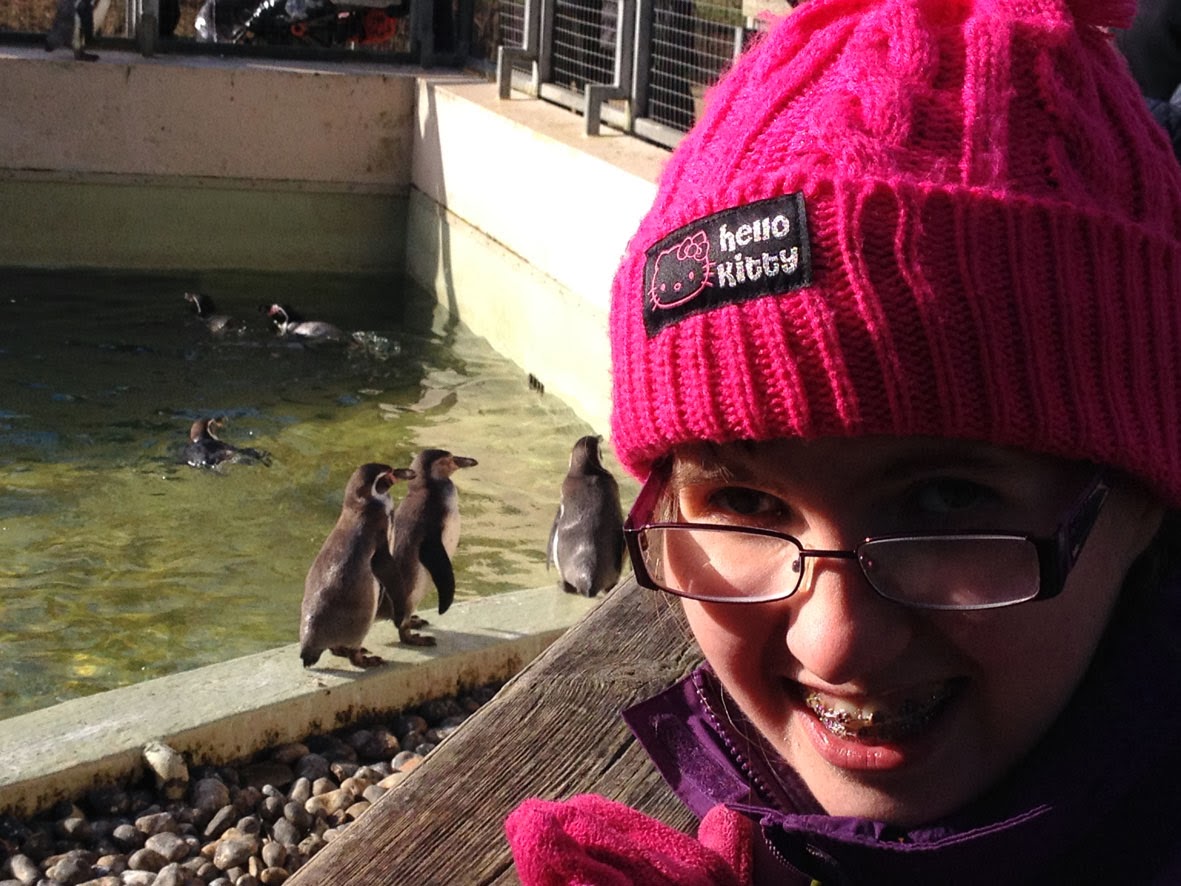 The monkey, who’d already broken the aerial of the car in front of us, was now warming his behind on the bonnet of her car as we edged along through the primate section of Woburn Safari Park. He turned, spotting the kids munching their sandwiches in the back seats, and pressed his nose against the windscreen, licking his lips. “Quick, lean forward and I’ll take a picture of your face next to the monkey’s,” I instructed, and Jo grinned, moved her head, and somehow managed to set off both the windscreen wipers AND the water squirter with her ear.

I started giggling uncontrollably at her horror-stricken face as the damp ape stared at her in surprise. She scrabbled to turn off the wipers on her car. (Did I mention it was her new car, which she’d only had three weeks?) Luckily, the now spiky-haired monkey took the water-cannoning in good grace. He raised a weary eyebrow, shook his fur, and hopped onto the roof, settling down on the sun roof directly above me. There followed a brief moment of excitement as my five-year-old son yelled with unambiguous glee: “That monkey is going to have a poo out of its BUTT right onto your HEAD.” Being told that poo cannot travel through glass seemed to greatly disappoint him.

And so it was, as I sat in the shade of a monkey’s butt, that we returned to the main debate that had been raging in the back seat for the previous half an hour. “I want to go HOME,” my boy announced, for the umpteenth time. (He’d been very excited about seeing Jo’s son, his little mate Magnus, who was sitting next to him. Magnus was slightly perplexed by his friend's lack of enthusiasm for the tigers, wolves, elephants, giraffes, and rhinos we’d already seen, but he didn’t realise what I did: my son had got into his head that he’d be playing at Magnus’s house, not going out on a trip. Home actually meant his friend’s house). “I want to go HOME. I don’t want to go to the ZOO," he demanded. My daughter stepped in, again: “We can’t go home. We are at WOBURN SAFARI PARK. We are at WOBURN SAFARI PARK having a nice time at WOBURN SAFARI PARK!” Her Prader-Willi Syndrome habit of repeating herself over and over again was being given a good run for its money by my non-PWS son’s stubborn impatience, and she was obviously taking it as a personal challenge.

I caught Jo’s eye. “This is what visiting places is like with these two is like,” I explained. “He gets bored quickly and wants to go somewhere else and run around. And she starts to worry that we'll leave, and reassures herself by saying the name of where we are a hundred times.”

“Welcome to my world,” I whispered to Jo. The giggles set in again.


Song is Toots & The Maytals - Monkey Man
Posted by Drakeygirl at 15:57