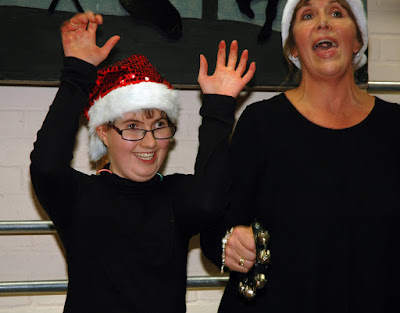 A doctor (well, a ‘Mr’) from the hospital rang at 5pm. Just as my girl was tucking into her tea, and 30 minutes before we were due to head to her school for the pupils’ Christmas Show.

He informed me that the surgeons had been at their usual Monday multi-disciplinary meeting discussing the week’s upcoming operations.

He said they’d looked at my daughter’s case and decided they want her to have a different type of scan before they carry out any surgery. They want clearer evidence that removal of the titanium rods in her spine is completely necessary. Why they decided to have this discussion now, and only now, just three days before she is due to be admitted for her op, is a mystery. I had no questions, nowhere to go, no room to think. I listened to him and felt numb.

It's been exhausting getting my girl into a reasonably calm and prepared state. Telling her that the op is cancelled, and not being able to say whether she will have to have it or not in the future, was like letting off a bomb in the house.

And yet, and yet, after the floods and floods of tears, the questions, the confusion, the waves of anxiety, the anger, and with her eyes red, her brain whizzing, and the planned upheaval to her routine totally upheaved, she wrestled herself into a state that could be describing as ‘getting a grip’. (Prader-Willi Syndrome Bingo Alert: all this happened whilst she methodically ate a low-fat Thai green curry, Activia yoghurt, and a bowl of grapes).

“The show must go on, sweetheart,” I told her, in a West End musical kind of way. “You have to be grown-up, because you can’t miss your Christmas show, and you can’t be crying.”

She didn’t and she wasn’t.

The show was what the show always is: amazing. One highlight was a lad called Ted, singing fantastically off-key at a high volume to Jona Lewie’s Stop The Cavalry with the added lyric: “Wish I was at home for...I’ve got an itch...mas.”

But it was the sight of my girl, doing the Jingle Bell Rock, just an hour or so after her world had shifted seismically, that hit me, that lifted me, that let me fill my lungs with oxygen again.