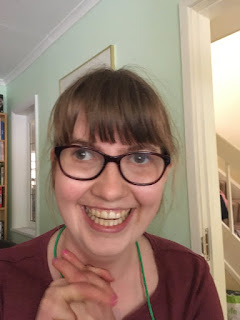 “Bollocks,” she said.
“I beg your pardon?” I spluttered, my eyebrows raised in shock, as my daughter is usually quite prudish about swearing.
“We were talking at school and I said how the Grandad in Outnumbered says ‘bollocks’ all the time when he can’t work the telly.”
“Ah, OK. Was this to the teacher?”
“Yes. We were saying slang words for penis.”
“OK. Bollocks doesn’t mean penis, though.”
“Yes it does.”
“No, no it doesn’t. It is part of men’s bits, but it’s the testicles, darling.”
“Oh.”
“Er...why were you talking about this?”
“We were doing group sex and relationships.”
This was not as deeply inappropriate as it sounded, just grammatically confusing, so I decided to roll with it.
“I take it this was to teach you that some words are rude and that you perhaps shouldn’t use them if you want to be polite?”
“Yes.”
I went all in.
“So did you all come up with lots of words?”
“Yes.”
“And who knew the most, the boys or the girls?”
“The boys, I think.”
“Would you like to share any?”
“Pussy, but that one’s for ladies' bits.”
“Yes, yes it is.”
“And someone said the really, really rude one.”
“Oh yes?” By this point, my husband - making a cup and tea and standing in the kitchen with his back to us - made a strangled, spluttering noise, and gripped the worktop as he tried his utmost not to collapse.
“Yes, the worst word, Mummy. Kent.”

Song is The Fall - Slang King
Posted by Drakeygirl at 20:10