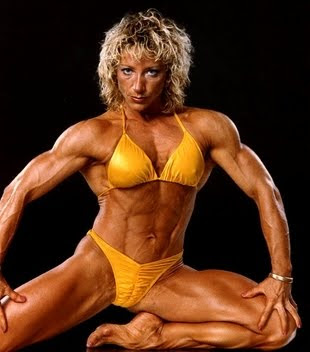 My daughter shares a drug habit with Sylvester Stallone. I know this seems the unlikliest pairing since that other famous bodybuilder Arnold Schwarzenegger teamed up with Danny Devito in Twins, but it's true.

In common with oiled-up muscle freaks the world over, my daughter has an injection of synthesised human growth hormone every day. Genotropin is the brand name. The same stuff Sly was arrested with at a Japanese airport a few years ago.

Don't worry: we're not trying to turn our little girl into a miniature female version of The Italian Stallion. For one thing, those pumped-up bobybuilders' physiques make me queasy. It's like looking at a condom filled with ballbearings.

No, growth hormone just happens to help make you taller and increase your muscle mass. Having Prader-Willi Syndrome means our daughter doesn't produce enough growth hormone herself, so we have to give her a shot every night. It doesn't make her muscle-bound, it just makes her stronger.

She's going to be on it for life. It costs thousands of pounds a year. This is why, unlike bonehead Bono, I will never stash my millions in an offshore account to avoid paying tax.


Video is Sylvester Stallone in Rocky﻿
Posted by Drakeygirl at 09:05