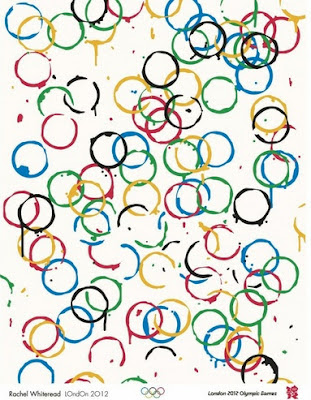 I do know three people who independently won around £100,000 each from the National Lottery, the bastards. But me? I don’t normally get a sniff of as much as a box of choccies in a raffle.

Yesterday, this fact changed. I did win something. Something quite special.

A week or two ago, I filled in a letter that my daughter brought home in her school book bag, then promptly forgot about it.

Yesterday, someone from the school rang me, with that obligatory opening sentence: “It’s nothing to worry about...”, always uttered early on in the conversation so you don’t think your child is a) mortally wounded or b) has burnt the school down.

It turned out that the slip I’d returned, entering a prize draw, had won me and my daughter a day out that I have a feeling we’ll never forget. Two tickets to watch the athletics at the London 2012 Paralympic Games in September. Oh, and two travelcards, too. Apparently, special schools across the country have been allocated lucky draw tickets to the Paralympics, and we had the luck of this particular draw.

It was only a few days ago that I was writing about my girl’s Olympian efforts at her special school’s sports day. Now she’s going to get to see some Olympic athletes in action. And she’ll know that all of them have some form of disability. A bit like her. This makes me want to hug Sebastian Coe, and believe me, that’s a sentence I never thought I’d utter.

Of course, my name-drawn-out-of-a-hat triumph deserves an apposite song. I've picked Muse’s offical London 2012 song - Survival. We are all going to be sick of this, I know. But for now, it fits my surreal and overblown joy. And, when it gets going, it's properly bonkers.

Video is Muse - Survival
Posted by Drakeygirl at 08:13