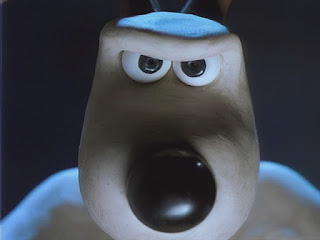 I don’t think I’m a scary woman. I have a burly chassis, but I’ve got a friendly face.

However, I think I might have just frightened a teenage boy witless (admittedly this is a state that may be hard to measure empirically).

All week, I’ve been walking my daughter to her new class at the special school’s unit at the big mainstream comp.

It’s a slightly odd experience, because - unlike at her old school site - there are no other parents doing this. Why would they? All the mainstream kids are trusted and expected to get themselves to school with varying degrees of enthusiasm. The handful of pupils in my daughter’s special needs class are all transported there by taxis or minibuses, as they live further away than us. We’re just around the corner, about a quarter of a mile away, and because of her learning difficulties and tendency to switch off and daydream, she’s just not safe and aware enough of traffic on the busy road. I walk with her, a lone adult in amongst a sea of teenagers.

So this morning, with my hyped up three-year-old scooting along behind us, occasionally scattering slower-moving youngsters as he went, something happened. It was a tiny incident, but my instinctive reaction surprised me.

My daughter was a few paces ahead of me. My son whizzed past on his scooter. I was now a little way behind, and not obviously ‘with’ either of them.

The group of lads next to her looked at eachother, sniggering. One of them whispered something to his mate and they shot her a few more glances, laughing loudly.

Now, I can understand them giving her a second glance, because her actions are sometimes slightly odd. Walking along in her new uniform, she looks like any other teenager, but of course, she is different in some ways. There’s no badge for this - her syndrome and how it affects her isn’t at all obvious at first glance or at face value.

They hadn’t said anything to her, they hadn’t called her any names, but they’d twigged that she wasn’t exactly like them, and found her behaviour and demeanour funny.

What I didn’t realise was that even though all these reasonable thoughts were going through my head, my face was telling a different story.

One of the young lads, turned, mid laugh, to clock me walking just a few paces behind. I stepped up, and put a hand on my daughter’s shoulder. She was still loudly calling for her brother to slow down and let us catch up, and was completely oblivious to the fact she’d been the subject of laughter.

I shot a quick look at the lad, whose laugh had died out as he realised I was the ‘odd’ girl’s mother.

I’m not aware of harbouring any violent thoughts towards him, after all, all he’d done was have a little laugh behind someone’s back. Let’s face it, that’s a major hobby for most teenagers.

So in my head, I was thinking: “No big deal.” Only by the terrified look on his face, my countenance must have been transmitting a different message. I think my monstrous protective instinct may have trampled all over my reasonable thoughts and, without me being aware of it, showed on my face, bared its fangs and roared at him.

Video is The Adverts - Gary Gilmore's Eyes
Posted by Drakeygirl at 09:59