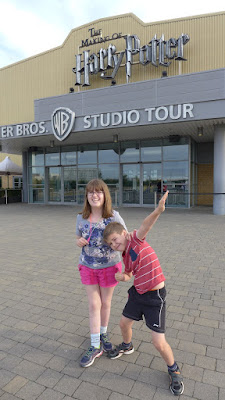 We left Harry Potter World with the sounds of my son’s shouts of “Expelyouranus!’ ringing in my ears.

(I know it’s not actually called Harry Potter World, but I like to think I’m contributing to the communal raising of the bloodpressure of some overpaid marketing executive who fumes because no-one can be arsed to say ‘The Making Of Harry Potter Warner Bros. Studio Tour’).

We’d prepared for the visit by re-watching all the films over the summer holidays. I say ‘all’ but that’s not strictly true: we only watched the third one all the way through because ‘Lord He Who Shall Be Named Because It’s Only A Story Voldemort’ wasn’t in it. For the others, my daughter insists on covering her eyes, or requesting a fast forward whenever ‘He’s Got No Nose How Does He Smell - Awful Fiennes’ appears because she once had a nightmare about him. I tell you something - it doesn’t half cut down on the running times.

The tour, however, held no fears for her. It was a magical experience. Excluding the “Ye Olde How To Make Your Effing Money Vanishe Gifte Shoppe’, which is enough to give anyone nightmares. 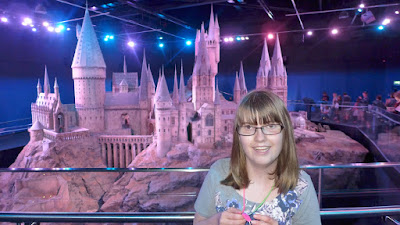 My girl’s eyes widened as soon as we walked into the Great Hall, and got wider as she saw animatronic beasts, incredibly detailed sets, costumes and props, The Hogwarts Express, Harry’s house, the Knight Bus, Hagrid’s motorbike and side car, and Diagon Alley.


She was given a wand training session, got to hold some actual props, including snitches and flying keys, and let out a huge ‘Wow!’ as she rounded a corner to be confronted by the incredible Hogwarts Castle model used for filming all those special effects-laden aerial shots. 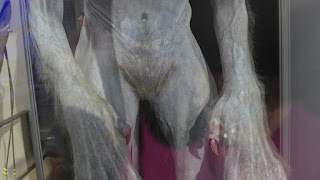 My boy, still uttering toilet humour-filled incantations as he swished his Elder Wand around, was slightly more specific. “I liked the werewolf’s hairy bits.”


Video is Warren Zevon - Werewolves Of London
Posted by Drakeygirl at 12:27