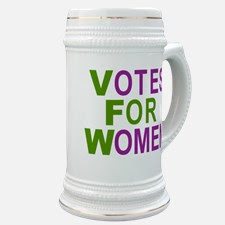 Today I collected my daughter from her Prader-Willi Syndrome Best Friend Forever’s house. She’d been away since Friday - PWSBFF’s dad had kindly offered to take her along with them to the Prader-Willi Syndrome Association family weekend in the New Forest. (I had been otherwise engaged doing Best Man/Woman duties at my brother’s wedding).

My girl and her friend were giggly and excited and sounded like they’d had a whale of a time (telling me, as usual, in particular, what and how much they’d eaten, and in my daughter’s case ‘what a silly question it was’ when the waitress wondered if she could cope with the hot chillies in her pasta arrabiata).

Their filling me in on events also required some filling in on my part. I worked out from a few little clues that she may have had a couple of ‘choosing issues’ on a little shopping expedition to a bookshop, for example. (She mentioned ‘absolutely having’ to go back again).

It was at this point that the pair of them set back the progress of feminism a few years. PWSBFF said she wasn’t bothered about being late for Saturday’s visit to the country park, because ‘that was for boys, really. Going on a train ride at the park is for boys.’ This was swiftly followed by my girl announcing that she’d changed her mind about what alcoholic drink she’d like on her 18th birthday, and that it’s not now a spicy Bloody Mary, nor a glass of bubbly, but rather a ‘ladybeer’.

“What’s a ladybeer?” I ask, perplexed. “Beer is just beer - you don’t get different kinds for men and women.”
“You do, you know. A special beer for ladies, with lemonade in it.”
“Oh, do you mean a shandy?”
“Yes. A ladybeer.”

An image of suffragette Emily Davison - and the horse she stepped in front of - doing a Harry Hill look to camera and shaking their heads in disappointment popped into my mind.

On the car journey home, in between singing along to a Taylor Swift CD, I explained to my daughter that girls and boys can do anything they want to. “I was Best Man/Woman at Uncle Ian’s wedding, wasn’t I?” I said.

“Oh. Yes, you were.” She mulled this over for a minute. “I bet you drank lots of ladybeers.”

Song is David Bowie - Suffragette City
Posted by Drakeygirl at 22:32