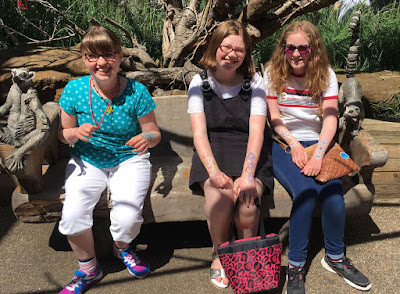 Seventeen thousand steps is a decent distance - around eight miles, depending on your stride.

If you’re a bit of an exercise nut like I’ve somehow turned into over the past 18 months or so, it’s a pretty common figure on my Fitbit.

But if you’re a teenager with Prader-Willi Syndrome, with weak muscle tone, and an aversion to exertion, it’s a marathon. 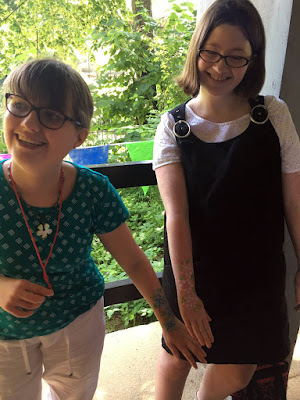 And yet that’s how far my PWS daughter walked today, on a trip to London Zoo.

It was a PWSA UK (Prader-Willi Syndrome Association UK) Family Day. One of those special days where us oddball, motley, marvellous PWS people gather together.

We took over the education centre at the zoo, where staff showed us cool stuff like a tortoise shell and a crocodile skin (the crocodile wasn’t in it, in case you’re wondering about the Health & Safety implications).

The face-painter was kept busy creating Spidermen and tigers, and my girl and her PWSBFF (Prader-Willi Syndrome Best Friend Forever) got their arms daubed with pretty flowers, beaming like drunken hen night revellers in a tattoo parlour.

My daughter did her usual quizzing of parents of PWS babies/tots with questions about their age and what they eat. But there wasn’t time to speak to everyone - the teen queens had a zoo to explore, and explore it they did. 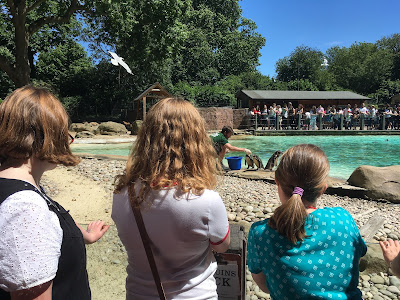 The duo became a trio with the addition of NPWSF (New Prader-Willi-Syndrome Friend), a delightful fellow teen who joined the Tattoo Club, grinning just as widely, and accompanied us on our safari trek with her dad. I christened the girls Bananarama (but only in my head, because there’s no need to talk about food unnecessarily in front of teenagers with genetically-led insatiable appetites, is there now?).

We peered at penguins, goggled at giraffes, beheld bats, and I would say leered at lions, but I’ve run out of alliterative synoyms for ‘looked at’, and that one’s just silly. 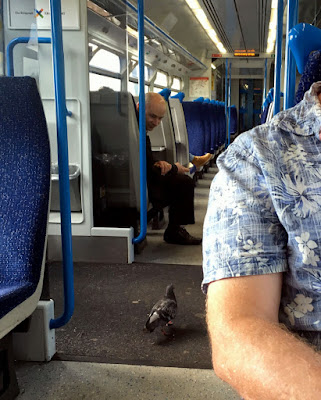 My boy, the one without PWS, and the one with perfectly springy, tough muscles, was the one to run out of steam because “his feet hurt”. We called it a day, and caught the train back home, accompanied by a pigeon who hopped on at Kings Cross, and hopped off with us 45 miles later. He could only have exuded more of an air of ‘experienced commuter’ if he’d been clutching an ovepriced cappuccino whilst reading a copy of the Evening Standard.

Thanks to the PWSA UK for arranging, and for the lovely staff and volunteers for their friendly welcome and hard graft. Thanks to the zoo staff, too.

And finally, most importantly, most memorably, thanks to our own version of Bananarama for their smiles - the only things today that blazed brighter than the sun.


Video is Bananarama (Jesus, that's a word you get lost in when you're typing) - Love In The First Degree. This video, though. I repeat, flabbergasted, this video, though.
Posted by Drakeygirl at 23:52