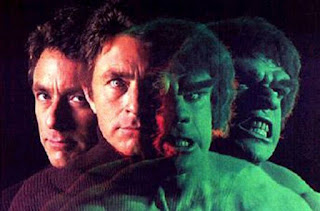 We kept a lid on it.

She was bubbling a bit, but nothing we couldn’t handle.

My daughter was waiting to go in for an MRI scan at the Royal Orthopaedic Hospital at Stanmore.

The scan was so doctors could have a closer look at her back, as her posture has unexpectedly developed a little more wonk and stoop over the last few months.

I read my girl the explanatory leaflet, telling her exactly what the procedure would be. Despite having had a couple of MRIs before, my Prader-Willi Syndrome teenager was persevering with her perseveration (repeatedly asking the same anxious questions).

“If I start to dream, will I start to grind my teeth? Mum, we haven’t got my mouthguard!”

“Will it be really loud?”

I assured her that if she did have a little nap, she wouldn’t be in a deep enough sleep to dream, or grind. I also reminded her that she’d be given headphones, which would make the beeps and clonks quieter.

After a few verbal laps of this, my daughter settled back in her chair, edgy, but reasonably content. And then a ‘helpful’ woman patient in a hospital gown - who I shall henceforth refer to as ‘Mrs Shut The F*ck Up’ - appeared, having just finished her own MRI.

Seeing my girl and obviously trying to be nice, Mrs STFU said the following. (Please bear in mind my girls two obsessive lines of questioning, as detailed above...)

“Don’t worry about it - after a minute or two you just drift off and start dreaming.”

AAAArrrrrrgghhhhh!  I leapt in with a quick qualification that the lady didn’t mean she’d been asleep and that she meant day-dreaming, shooting the woman warning looks utilising some meaningful Roger Moore eyebrow movements (RIP the great man. And his eyebrows).

“You’ll be fine. Although there’s a bit of banging. It’s a bit like a giant hitting something with his hammer.”

A BIT LIKE A GIANT HITTING SOMETHING WITH HIS HAMMER! In what world would you think a sentence like this would reassure an anxious child? I pity any grandchild of hers who has Nanna STFU reading them a calming bedtime story!

Thankfully, the male nurse leapt in, noticing my eyebrows go from ‘Roger Moore’ setting to full ‘Bill Bixby turning into Lou Ferrigno’ territory (for anyone under 40, this is an Incredible Hulk reference, OK? Telly hulk, not sexy Mark Ruffalo Avengers hulk...)

Meltdown Prevention Nurse - picking up on the sudden escalation in anxiety and gamma ray levels in the air - ushered Mrs STFU off to the changing room, after telling my girl: “Oh it won’t be too loud, I promise. I’ve got nice big headphones, and you can choose some music to listen to if you like.”

She steadied. The thought of Taylor Swift did the trick. And, a few moments later, headphones firmly on, my girl lay underneath the clanking, doughnut-shaped MRI machine for forty minutes, still, compliant, and chilled out.

Meanwhile, I fell asleep in my chair in the corner. Dreaming of Mrs STFU and very probably grinding my teeth.

Video is opening sequence from the 1978 TV show The Incredible Hulk, Not dated in anyway, no siree.
Posted by Drakeygirl at 22:12