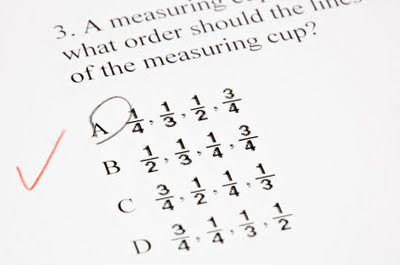 I have a confession to make. I don’t want my daughter to understand fractions.


I wish her to remain blissfully ignorant of how to split a shape up into five equal parts. I do not want her to understand why two thirds is greater than three fifths.


This is selfish, and purely to prevent a terrible confrontation.


You see, when your child has Prader-Willi Syndrome, a condition which means they are constantly hungry but have to eat a restricted diet, you quickly learn some psychological tricks which may convince them they are somehow being ‘allowed’ more food.


By having a small dinner plate, which is filled up right to the edge with food, rather than the same amount looking somehow more meagre in the middle of a larger plate.


By keeping an empty raisin box, and tipping half of the contents of another box of raisins into it. So your child can have a ‘second’ box of raisins, but is actually only having one box, split into two.


And, last but not least, by telling porkies about fractions. “Yes, sweetheart. I’ve cut it in half, so there’s twice as much now”.


She’s going to kill me when she finally works it out.


Video below is Mr Duey - Fractions. I can only apologise.