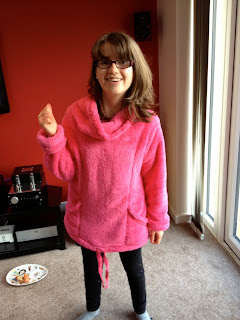 On Sunday, various members of our family popped round to Mum and Dad’s house to drop off a few pressies and consume excess food (the latter as part of the pre-Christmas overeating training regime). Mum asked me if I had any footage of that “Gang-bang” thing my daughter did in the school show. My three nieces’ astonished double takes were a joy to behold. “Gangnam, Mum, GANG-NAM Style, for God’s sake!” I told her, before asking if she may possibly have used that expression whilst telling her friends what her granddaughter had been up to recently, and if so, had she heard of a social services SWAT team turning up at the school gates? 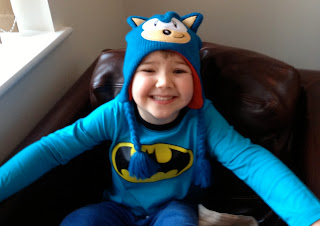 Christmas Eve (always my favourite part of the festive season) saw our two children attend the church nativity service, followed by us taking our daughter out for the now traditional “Night Before Christmas Curry”. The smallest, wriggliest offspring was packed off to Nanna and Grandad’s for an hour while our girl sat with us in the Indian restaurant and ploughed her way through a chicken tikka (and a spoonful of her dad’s spicy dhansak sauce). She was brilliantly, sparklingly, happy: chatting away at full speed and jumping from subject to subject in huge, random, leaps. I couldn’t stop beaming at her, catching my husband’s eye and exchanging grins with him.

We headed home, picking up our over-excited boy on the way, who had apparently been let loose on Nanna’s electric bath chair seat. If she ever gets a Stannah stair lift, I think he might actually demand to move in. And then, before we knew it, it was time to put out a mince pie and carrot for Santa and Rudolph, and wrangle the kids to bed.

Christmas Day was always going to be a little more effort. My husband’s four days on/four days off shifts happened to fall slap bang on Christmas this year, so he had to head off for work in the early hours. I managed to supervise the opening of presents without the kids coming to blows, and was going great guns with the turkey, when we had a slight hiccup. I turned on the waste disposal in the kitchen sink, it made a burping sound to better any human Brussels sprouts-fuelled effort later in the day, and water and potato peelings began to fire upwards from the plughole.  Having picked them out of my hair and eyebrows, I opened the cupboard door under the sink to discover water pouring out of a pipe. We had a leak, a back-up and possibly a blockage.

I plonked the kids in front of the TV and switched on a recording of The Snowman to keep them out of the way for half an hour, returned to the fray, got out a stack of teatowels and got on my hands and knees to reach in and mop up the giant puddle of mucky water. When Mum & Dad arrived, at around the time I was due to be putting on the roasties, they were greeted by the site of me half-in/half out of the cupboard, with my big fat behind waggling in the air (topped off by a plunging portion of builder’s bum). The soundtrack to this was the angelic strains of “Walking In The Air”, accompanied by Muttley-style incoherent growlings and mutterings echoing out from under the sink. This is a festive image they can never unsee.

But it takes more than being peppered with high velocity peelings to put me off my stride. The calming influence of my unflappable mother kept me on an even keel, (as did the life-saving existence of a working sink in our utility room), and a perfectly acceptable Christmas dinner was served up a mere 30 minutes late. What’s more, my daughter, the one with an insatiable appetite, didn’t go off the deep end at the delay, probably because she was nose-deep in distracting presents.

I’m now drinking a large Snowball. I’ve got my feet up. My husband is home and has been chased round the house by a small boy wearing a Sonic The Hedgehog woolly hat. My daughter has only just gone to bed, after dancing for more than an hour to Christmas songs played on her new Hello Kitty CD player. There’s a placcy bag over the kitchen taps to remind us not to turn them on and flood the floor again - and at some point I must call the plumber.

It's been a great day. Not perfect, obviously, but that would be far too dull, wouldn't it? Hope yours was imperfectly happy, too.