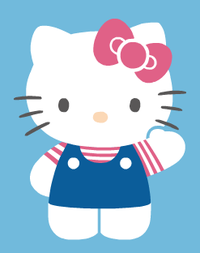 My daughter tied herself in knots today, struggling with choices.


She was red-eyed and wild-headed when she got home from school.

Her teachers are trying to gently wean her off her current obsession with Hello Kitty by trying to get her to occasionally choose something else when she has the option.

She’s so single-minded about her inexplicable love for the Japanese animated cat character that she’s announced she doesn’t like anything apart from Hello Kitty.

So the innocent suggestion that maybe she could pick a different picture to be used on her reward tokens went down like a cat in a sack in a well.

The tokens are little laminated pictures that the teachers stick on the wall of the classroom under the pupils’ names when they complete good work, or behave well. Unsuprisingly, my daughter’s icons have a feline theme. And she really didn’t want to change them.

We had a good hour of discussion on the matter. I say discussion, it was like looping the loop on a verbal rollercoaster and ending up back where we started, slightly out of breath and with a headache.

After some further contemplation, however, she suddenly voiced a new mantra.

I agreed. The first time she said it, and then the second, third, fourth and fifth. By the 50th, despite my ability to filter out the repetition (a skill I’ve developed over the years to cope with the perseveration element of her syndrome, although my Mum would say I’ve always had ‘selective hearing’) I’d lost interest and much of the will to live.

I patiently explained to her that perhaps she’d talked about this whole thing for a little bit too long and that it might possibly have started to become annoying.

She tipped her head to one side, raised her eyebrow, and gave me a withering look.

“It’s because I’ve got Prader-Willi Syndrome, mum. You should know that by now.”