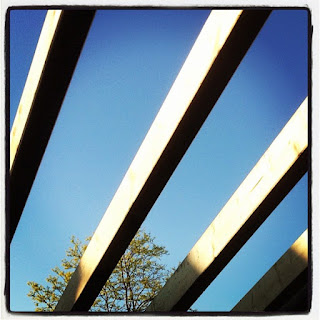 My husband has been known to partake in D.I.Y. I’m not being rude here: I mean household jobs like putting up the odd shelf (and believe me, after he’s put them up, they are odd).


It’s always had a terrible effect on my daughter, because of the noise. It’s not the inevitable outcome of tools being thrown across the room in frustration (a particular ‘screwdriver whistling past my ear’ incident still makes me shudder). It’s the noise.

The sound of drilling isn’t pleasant to anyone, apart from dentists, probably, but they’re weird. But my daughter is not fond of loud noises in general, and drilling is right up there in her top three worst sounds. It’s Number One, in fact, with ‘Music that is “too loud”’ coming a close second, and “Daddy’s Singing” in third place.

So. How’s our building work going, then?

We’ve had our garage demolished, concrete in our garden smashed up, and a dilapidated conservatory on the back of the house knocked down. Rising from the rubble is a new room, that will eventually become a restful haven for me and my husband to listen to music and watch films in* (*another room filled with the kids’ tat, where we'll fall asleep on the sofa).

Yesterday, some muscly men in shorts came to do the roof beams (or joists, struts, rafters, or whatever the technical term is).  I stationed myself with a cup of tea and a good view (Did I mention their muscliness? And their shorts? Oh, I did).

It’s the only time there has been work at the weekend, and it wasn’t a particularly good idea. I quickly realised that my daughter has escaped most of the noise so far because she’s been at school, and by the time she’s back home in the afternoon, the builders are usually packing up for the day.

The sawing, hammering and drilling began, and my girl crumbled. She was tired anyway (the heat tends to wear her out), and as soon as I saw her stricken face, I knew we should have gone out.

The noise set off one of her familiar tidal waves of emotion. (See previous post Wave). I hate seeing a wave crash over her, and usually feel helpless, as they’re often random, and consequently I can’t always stop them because I don’t know the trigger.

At least in this case, the solution was obvious. We scooped the kids into the car, headed to Grandma’s house, and left the men (you know, the muscly ones, in shorts), to get on with the loud stuff.

My weepy girl, tired from the strain of the emotions that had coursed through her, had a sleep in Grandma’s spare room, and was back to her normal self an hour later, when her dad shook her awake and uttered Number One in her list of favourite phrases: “It’s time to eat!”. The sun continued to shine.