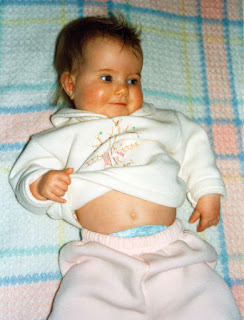 What if we’d have known?

When it became apparent, soon after she was born, that our baby daughter was struggling, there was a rumbling under our world. When she was diagnosed three weeks later with Prader-Willi Syndrome, it was a seismic shift. The earth cracked, and swallowed up our future. I had a fingertip grasp on the cliff edge of solid ground.

It wasn’t supposed to be like this. Why hadn’t I known? Would it have helped?

During my pregnancy I was unaware that anything was wrong. It wasn’t a blissful time - my only truly joyful pregnancy was my first, and the joy evaporated when I went for my 12 week scan and the sound of silence where there should have been the sound of a heartbeat didn’t feel like silence, it felt like thunder. 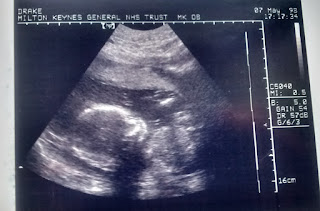 So when I fell pregnant with my daughter there was a new feeling: fear. The possibility of another miscarriage loomed large and the first trimester was an anxious time, waiting for the next scan, trying to dampen down my hopes, in case this baby wasn’t strong enough to stay.

But time went on. We’d seen the baby’s heartbeat on the monitor. My fears began to subside. We’d had our ‘knock’. Life was back doing what it was supposed to. I was ready. I was so ready.

What if I’d have known?

When I first asked myself that question, I thought that maybe it could have helped. Being prepared is good, isn’t it? Knowing that her birth, her growth, her life, would be different  - and by extension so would our world - that would have helped, surely?

It’s a fleeting thought. Because I realise that if someone had told me what supposedly lay ahead, I’d have been a wreck. I’d have been beside myself with worry and anger and I don’t know if I could have coped. I’d have been terrified that I didn’t have the strength to deal with something so huge.

But all parents can never properly prepare for their child. Of course they can’t - they haven’t even met yet.

When our girl was born with PWS everything changed, and we had to change with it. And in some ways, it's like the websites and the books and the leaflets say. But in other ways it’s nothing like that. We could have had that information a few months earlier, but I’m glad we didn’t. I’m glad we didn’t know.

I’m glad we waited for her to teach us all about it.

Song is The Bluetones - If

This post first appeared in the latest edition of PWS News, the newsletter of the Prader-Willi Syndrome Association UK. They have a very informative website here.
Posted by Drakeygirl at 21:40