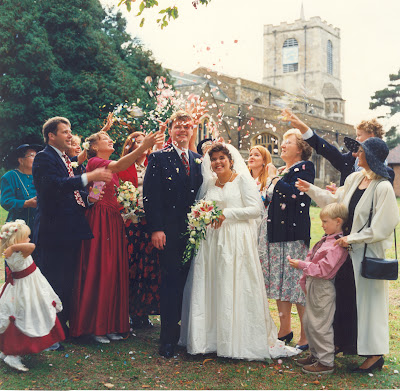 I’ve not got much to say, for once. It’s all fairly simple.


I started going out with him when I was 17 and he was a 24-year-old lorry driver. I had no idea when I met him that he’d turn out to be the strongest, kindest man I know.


My mum wasn’t overly pleased at the age difference, as you can imagine. I think she suspected him of being some sort of pervert. She was right, he was. But she soon realised he was also a keeper.


There’s really not a lot else I was right about when I was 17. Today, 22 years later, and on the occasion of our 16th wedding anniversary, I know he was the best decision I’ve ever made.


The sight of my daughter walking along the street with her funny little splay-footed gait, and her Stevie-Wonder bobbly head going from side to side, gripping his hand tightly, still makes me happier than just about anything else in the world.