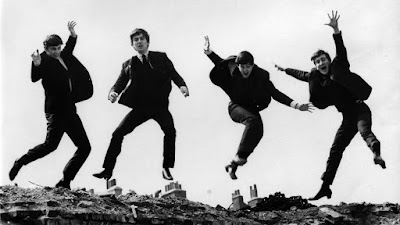 A plan has been hatched. I had nothing to do with it.

My daughter’s long-awaited spinal op had finally been booked up to take place in May. On Friday 13th to be precise. And nope, I didn’t care about it being ‘unlucky’, because if I really believed that particular combination of day and date had some sort of cosmic, mystical, damaging power, then I’d be an idiot.

Arrangements had been made. Time had been booked off work. School had been informed. My daughter had been primed. And then came the phone call: it’s been pushed back a couple of weeks.

She took it well, considering. I explained that everything was going to happen in EXACTLY the same sequence, but just a fortnight later. And my girl, the one who hates it when plans change, was grudgingly accepting.

I was pottering about in the kitchen, thinking about how she’d coped so well, and how I’d only had to deal with a question barage for a day or two (small-fry in the Prader-Willi parenting book, I can tell you).

But then I heard something that made me drop my soggy teabag (this is not a euphemism, although it sounds pleasingly rude).

My girl was round the corner, chatting on her tablet with her PWS posse. The ‘gang’ started off with just my girl and her PWS BFF (Prader Willi Syndrome Best Friend Forever) but has since expanded to include new members: PWS ABFF (Prader-Willi Syndrome Additional Best Friend Forever) and PWS AABFF (Prader-Willi Syndrome Additional Additional Best Friend Forever). The four of them do this Google Hangout thing, where they video call eachother and have stilted, funny, chats, where they talk for a bit (usually about their dinner), wander in and out of the conversation, hang up suddenly, walk off, rejoin the chat, giggle, show eachother their books, go silent, quiz eachother about school, and generally just...well...hang out. Time limits sometimes have to be imposed because they can’t half go on. But this can be difficult to police, because my daughter frequently talks to herself when she’s on her tablet, and sometimes it’s hard to tell if she’s chatting to everyone or no-one.

But today, it was the gang, and they had a moment of genius. I’m still not sure which of them jumped out of the bath shouting “Eureka!”, but whoever had the lightbulb moment deserves a medal.

“Mum?” my daughter shouted. “Can we go on the Prader-Willi holiday?”

The PWSA UK (Prader-Willi Syndrome Association UK), a fabulous charity offering invaluable help and support to people with PWS and their families, has organised two family weekends this year, but we can’t make one because we're going to a wedding, and we can’t make the other because it clashes with my daughter’s op. But hang, on, wait a minute, now the op’s been shifted - and as the girls had worked out for themselves - then we could go, couldn’t we?

I checked the holiday camp’s website for last minute deals. A suitable caravan was spotted and booked before my credit card had chance to groan.

All of her Google Hangout club are going. All of them. The Four Amigos. The Prader-Willi Beatles.

I just made the booking. The band came up with the idea.

Video is The Beatles - Magical Mystery Tour
Posted by Drakeygirl at 11:34